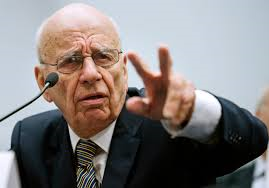 APN has long been an alternative source of regional news and often takes a more reasonable and believable news view than that of News Ltd or its corporate oligarchy.

If Murdoch had taken a 15 per cent share of APN he could have attracted the attention of the Federal Government or the competition watchdog.

But as it stands with Communications Minister Malcolm Turnbull, any larger stake would no doubt have had his blessings, in light of his demand last week that media ownership laws be relaxed even further, a topic he brings up in each term of parliament.

Turnbull cannot be trusted about much at all, particularly the media or banking, when he is a key player in the international investment bank, Goldman Sachs, a large Jewish financial corporation named in the US for its part in huge financial swindles.