Borderforce, navy and army step up patrols in Torres Strait to keep out Covid and swine fever

Border patrols in the Torres Strait have been stepped up after Port Moresby yesterday was struck with 52 Covid 19 infections forcing the city into lockdown for 14 days.
Senior doctors said the base hospital would be unable to cope with any more cases and have begun establishing a temporary clinic to deal with an expected rush of Covid 19 patients.
Borderforce and the Australian Navy have increased patrols across the top of Torres Strait near Sabai Island from where the PNG mainland can be seen. 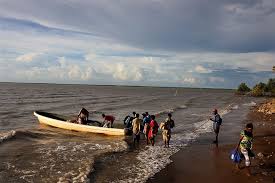 For decades Papuans and Islanders have been visiting the mainland and this tradition is making it difficult for Borderforce and the navy to prevent incursions by Papuans in tinnies or canoes.
Compounding the Covid outbreak is the reported incidence of African swine fever in PNG. In March Department of Primary Industries inspectors travelled to Port Moresby to monitor cases found in domestic pigs.
In June the army stationed 50 regular soldiers at the ADF barracks in Bamaga to patrol the northern coastline assisted by drones flying from Bamaga Airport.
Soldiers are maintaining regular patrols throughout the far north. During exercises throughout the islands earlier this year local inhabitants and  reservists themselves complained they were not allowed to bring their Steyr rifles or other armaments while on active duty.
It is not known if the present detachment of regular soldiers is armed.
Last week infrared equipped drones discovered in one of the many bays a drum of chemical compound used in the manufacturing of the dangerous drug, ice.

Member for Leichardt Warren Entsch said humanitarian food drops are being made to southern PNG villages  and a new medical clinic is being established in an effort to stem the flow of Papuans to the Australian mainland and islands sourcing staples and medical assistance.

He said any villagers trying to access islands or the mainland for family visits would be turned back.

One of two Borderforce vessels regularly patrolling the Torres Strait

On Thursday Cape York Peninsula pastoralists reported seeing eight travellers of Chinese appearance driving north on the Peninsula Development Road.
The drivers of the eight four wheel drives were the sole occupants with two of the vehicles having back-up equipment and the others empty.
The observers said the vehicles were “quite well kept and shiny and could have been hire cars.”
Their movements were reported to Norforce and Queensland Police.

Every level of Australian government has been under cyber-attack by hackers for some time, said Prime Minister Scott Morrison yesterday, pointedly not naming China as the perpetrator.

According to the Council on Foreign Relations, China, Russia and Iran are the top three states suspected of sponsoring cyber operations.

The chief executive officer of the Cyber Security Cooperative Research Centre (CSCRC), Rachael Falk, said while people may want to point fingers at particular countries, attributing blame was a “distraction”.

“It doesn’t matter where it comes from to be honest with you,” she said. 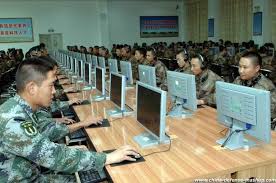 Communist Chinese hackers have delved into the depths of our data, collecting personal details of Australians. Firearms registers are prized by Communist hackers.

Federal and state governments hold a treasure trove of personal information on every citizen in the country, from birth certificates to bank account numbers. All of this data can be accessed by sophisticated hackers.

For years Cairnsnews has been exposing the folly of government and industry collecting personal information and just 18 months ago the Federal Government began establishing  a national facial recognition data bank using passport and drivers licence photos to amass a huge file on every citizen.

Fortunately for now at least this evil plan was dashed by a parliamentary committee which advised against such a massive abuse of privacy.

Every police main frame computer across the nation holds the personal details of firearms licence holders.

In light of the widespread civil unrest in America, now beginning in Australia, a country such as communist China would salivate at getting its hands on the firearms registers, that is if they haven’t already got them.

When China moves on a largely undefended Australia the first citizens to be shot will be registered firearm owners. We can thank God many thousands of gun owners or their weapons do not appear in these registers.

Major shooter’s organisations like the SSAA, the ACTA and pistol shooter’s groups rolled over right from the start in 1996 when the political duopoly moved against gun owners  with the National Firearms Agreement after the Port Arthur scam.

The only members of any parliament in Australia to vote against new firearms laws in 1998 and forced upon every state by the treacherous Jewish Prime Minister John Howard assisted by Deputy PM and  Jesuit Tim Fischer were the gutsy Christian independent state member from Gladstone in Queensland, Elizabeth Cunningham and maverick Bob Katter.

The SSAA by 2000 had been neutered from within.

Only the Shooters Union and veteran politician Bob Katter have ever mounted a formidable campaign against firearm registration and restrictive gun laws in general.

Shooters be warned by these world events particularly in the US which has been so weakened that it will be unable to substantially help Australia when the Chinks move on us or when the Indonesians move in after we become a spent force.

The Australian Army was forced by military pacts between various countries, for the first time, to train Indonesian troops in Kangaroo 87 exercises held in Central Queensland. Australian soldiers were horrified while watching Indos parachuting onto Australian soil at Shoalwater Bay military training ground.

In recent times the specialist troops of Norforce have been instructed to train Chinese soldiers how to live off the land in Northern Australia. A source said the Chinese soldiers being trained pretended they could not understand English, but were later overheard speaking in English among themselves.

When it hits the fan, politicians, police and those in authority, based on historical methods of insurrection will be the first targets of an armed citizenry. The Nuremberg principle will apply to traitors if they are lucky.

Whoever takes us on, communists or Muslims, we will sink on our present course.

by the ABC and staff writers

Australians silly enough to load a tracing app on their phones could have their data accessed by United States law enforcement but not by Australian police.

The Federal Government has awarded a tender to Amazon Web Services to store data from the tracing app which is claimed to alert health authorities if you have been in close contact with a person carrying Coronavirus. 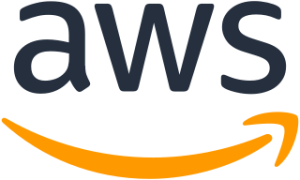 Amazon Web Services won the contract to store your phone data. Australian companies were overlooked. Amazon is a world-wide company which fits neatly into the NWO jigsaw.

The app is designed to identify the movement of Australians who have tested positive to COVID-19.

There are so few people who tested positive to the virus if taken as a percentage of the population that the app would be insignificant in helping to stop the virus from spreading, particularly in areas where there is poor or no phone reception.

As of today there are 6667 confirmed cases of Coronavirus throughout the Australian population of 25,445,020. How is a phone app going to make any difference to further infections? There are better odds for winning the Lotto.

Relying on Bluetooth technology, the app will identify other phones using the app that have been within a 1.5 metre range for at least 15 minutes.

The app logs and encrypts that contact on the phone. Later, if a person using the app tests positive to COVID-19, they would be asked to download their encrypted contact log and send it to the Government, which will store it in the Amazon cloud.

State and territory health authorities will then be able to access the cloud, decrypt the data and contact those who were in close proximity to the COVID-positive person.

Since September 2013, the Commonwealth Government has published contracts with AWS worth more than $116 million.

The departments of health, defence and agriculture have all issued cloud storage contracts to AWS, as has the Australian Signals Directorate.

In June last year the Digital Transformation Agency published details of a $55 million contract with Amazon Web Services for a “whole of government agreement” which runs until April 2022.

Awarding the contract to Amazon may also mean the Australian data is obtainable by US law enforcement under a 2018 law that allows them to obtain information held by US-registered data companies no matter where in the world that information is held.

The real agenda here is to force the entire population into getting the app because a low uptake will make it ineffectual. When compulsory it will be tied to Bill Gates’ Covid 19 vaccination program combined with body interfaced digital currency.  https://wp.me/p2dFb5-3Ek

PM Scott Morrison said on Sky News recently he had spoken to Bill Gates and asked how long before  the vaccine is available.

In other words you will lose your place in society if you don’t comply with the compulsory vaccine developed by Gates which is laced with electronic receptors. Among a host of other restrictions, you will not be able to partake in any commerce, buy food at a supermarket, access any government services or money or send your kids to school.

As a computer engineer and scientist specialising in encryption I find this app a tool of government clandestine data harvesting being overseen by Bureaucrats in the Government Digital Transformation Agency who were key players in the Malcolm Turnbull Census fiasco computer collapse/unsecured data. The First recognition was computer illiterate politicians marketing the app as not intrusive, second was handing the app and control to Amazon cloud (AWS) whose existence is subject to a raft of US Government security agencies having unrestricted access plus Amazon has more leaks than a rusty water tank, third the arrogant dismissal of internationally acclaimed cyber security expert Michelle Price of AustCyber asks why not use an Australian company of which we have several. If you participate in this sham scam you deserve the consequences .. Wake up Australia you are listening to the public service ventriloquists controlling our parliament muppett show….