No point in voting

What’s the point in VOTING, or even HAVING a Federal Government, if corrupt left-wing extremist activist journalists, lawyers, judges, and Labor/Greens federal and state politicians are the ones running and controlling our Country, and making all the decisions?Djokovic, and his fellow Serbians, should all be kicked out of OUR Country if they refuse to follow OUR rules!We are now living in an evil left-wing extremist (Communist, Nazi, Marxist) Dictatorship,….just look at some of the NAMES of the people who are running OUR country and dictating to us, and the names of some of the journalists reporting on it.

Example, Reporters/Journalists:-Stefanovic, Koch, Albrechtsen, Kostakidis, Alberici, Waleed Aly, Zoe Zaczek, Bryant Hevesi, Youssef, Gottliebsen, Zempilas, Viswalingam, Loewenstein, Kalimniou, Tso, Trioli, Van Onselen, Azzopardi, Fernandez, Ghidella, Ibrahim, Shepher, Visontay,….and the list goes on!No wonder Australia is INTERCOURSED!I believe that a person should have to be a ‘second-generation’ Australian before they are allowed to VOTE, and a ‘third-generation’ Australian before they are allowed to enter politics at ANY level, local, state, or federal! (And no lawyers)

Letter to the Editor from 2020

You have done your research on the Port Arthur incident, but you certainly have no idea what you are talking about when it comes World War 2 and Adolf Hitler, you are making the same mistake that your adversaries are making.

Hitler did not disarm the German people, Hitler expressed his disgust with the communist parties disarming Hitler labeling these Bolshevist as traitors in a speech.

I for the life of me cannot understand why so many people cannot see this pattern that keeps repeating.

To many people have this ill conceived perception that the world is perfect , that there is no evil, people perceive the world as if it is the movie clip of Julia Andrews singing ” the hills are alive with the sound of music”.

I can assure you that no man in history has been misrepresented the way Hitler has been misrepresented, you are talking about a very educated, creative, empathetic and intelligent, who was democratically elected, who rebuilt Germany’s broken economy, who was a vegetarian because he couldn’t bare to kill an animal, who was responsible for creating laws against cruelty to animals, who banned all the smut art that the Bolsheviks brought over with them when they were finished destroying Russia, the man that watched Churchill’s planes bomb Germany for 3 months without retaliating, the man that kept pleading for peace while Churchill kept bombing, Hitler refrained from retaliation until Polish Jews murdered 5000 Germans that were living just over the Germany border in a polish town,then he was blamed for the murders claiming it was Hitlers propaganda designed to initiate a war.

Here we are 2020 the year of the covid-19, I’m seeing the world through a sentient beings eyes and it is crystal clear, while many see it through sheep’s eyes, and I’m in noway condoning the behavior of the evil beings that control this world but these damn sheep who suffer from severe cognitive dissonance are the ones that make all these atrocities possible, this dimwits are happy to jail an innocent man and allow psychopaths cold blooded murderers go free before they have their ego bruised. I am absolutely disgusted and at my wits end with these types of pathetic excuses for human being, what kind of absolute moron argues against his own inalienable inherent right, why is it so hard for your people to see right from wrong, it’s because you bloody don’t have a clue what is right and wrong, get a grip of your righteous self and wake up. if you want to live under a communist regime your wish is about to come to fruition.

What kind of moron argues with such conviction against his own rights, looks like you’re going to get your wish, the communist cabal has arrived in our neck of the woods as many of the conspiracy theorist figured they would, just our luck, we don’t have any semi automatic rifles to defend ourselves with, and even if Bryant did do it, does that mean that were are supposed to get our asses handed to us by tyrannical governments.

These sheep wont believe that we are under attack because it will be our police that initiate this attack on the Australian people , they have already started and the people are supporting their actions —> “thank you Vicpol for making people wear masks and saving my precious life how dare these people risk my life just because they are trying to protect everyone’s rights; shoot and kill anyone that puts my life in danger”

I honestly thought people were much smarter but I was obviously wrong, the majority of people are so damn stupid and even if you try to educate then you wont get anywhere, they become so engaged in the argument defending what they believe, they don’t realize how stupid they look because they are opposed to common sense, 800 years of common law, basic fundamental rights, law of equity, the bible, western democratic society and logic.

The more I see these people and their subjective argument the more I realize how this country has become a communist country overnight, these subverted fools have helped usher in the Bolsheviks, these fools that watch the 6 o’clock news and believe that the majority of the 26 million people in Australia are murdering,criminal,drug dealing, violent, bank robbing, street racer, outlaw, tax evading, psychopaths who are a straw on a camels back away from dowsing their family and pets with fuel and striking the match, while these dumb asses cheers our government on for implementing road side speed detection cash registers, random blood alcohol testing of sober motorists and we can’t forget the fining of a notorious P plater not displaying P’s, registration or license expired psychos, busting weed smoking Pablo Escobar serial killers, thanks to you morons that have been subverted, we are all F**KED now, you people allowed this to happen, you useless PPL caused this, F**K you and your precious enslaved life, we’ll see if your life is going to be worth living now, you wanted a communist police state, you got it.

Please be advised that we have started a Go Fund Me campaign to have all convictions against Heavy Vehicle Drivers across Australia who have been convicted of offences under the Heavy Vehicle National Law 2012 (Qld) in the State of Queensland removed and all penalties stricken from the record and all fines repaid to those drivers. 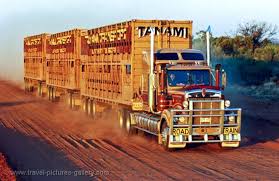 The reason is that since 23 August 2012 the Queensland Transport “authority” and the Queensland Police have taken all these matters to the wrong courts under the wrong jurisdiction. The Go Fund Me web page https://www.gofundme.com/manage/freedom-from-dictatorial-bureaucrats explains in detail.

After four years of blissful ignorance the Queensland Liberal Party spokesman for the Environment David Crisafulli has finally woken up to the crocodile menace in North Queensland.

He obviously has been listening to Katters Australian Party Member for Hill Shane Knuth who has championed human rights over animal rights by wanting to eradicate dangerous saurians across the north. 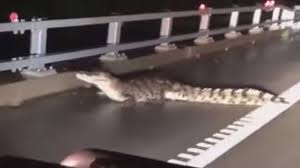 God help us, crocodiles could also provide economic benefits for indigenous people of the forgotten north.

Crisafulli told the ABC in Cairns today he now believes something should be done about the explosion of crocodiles in the north.

Perhaps the Townsville floods which saw dozens of large salties roaming along roads, under houses and in backyards terrifying flood victims and their rescuers gave him and the hopeless Liberals a pang of conscience.

He says there should be no safari hunting or “nonsense like that” which might give “a few people a nice warm and fuzzy feeling.” 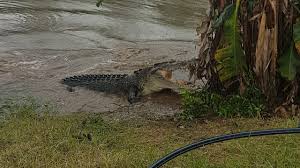 Tell that to the several thousand people who live in communities on Cape York Mr Crisafulli who are threatened by monster crocs on a daily basis.

These languishing people would be most grateful for an industry of any kind.

Mr Crisafulli has no idea that traditional hunting rights allow indigenous people to take crocodiles for meat and skins and there is not a thing his urbane political party can do about it.

If community members conducted guided hunting of large crocs a new and viable tourist industry would emerge from the economic doldrums of Cape York.

Unfortunately the Liberal Party, like Labor has its head stuck up its South East rear end and can’t see the forest for the trees, of which there are many millions on Cape York.

Is it any wonder the Queensland Liberal Party will never again rule the state in its own right.