David Walter appeared in the Cairns Magistrates Court on January 24 to appeal against his bankruptcy. The former police prosecutor has battled long and hard against what he says is a failed legal system spawned by an unlawful system of government, since at least 1973 or as he probably since 1966, the year decimal currency was introduced to Australia.

He was bankrupted by four shire councils as a non-party to actions taken by the councils against ratepayers for refusing to pay rates. In what was a first ever action of this nature, Walter experienced judicial and political corruption on a scale not seen in Queensland.

The letter to the Magistrates Court is largely self-explanatory. In a letter to Her Majesty Queen Elizabeth he says the political parties have formed Parliaments of Australia, to create Corporations Registered in Washington DC,  using a foreign currency and measurements in contradiction of the Commonwealth of Australia Constitution Act. 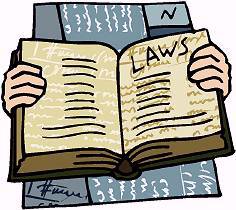 As you are totally aware that was done by the Members of the Registered Political Parties inside the Legislative Assembly of the Constitution Act 1867 Qld.

David has lost his property, stolen by corrupt courts and even more corrupt solicitors and barristers. After the Culleton debacle and an unlawful property seizure west of Townsville last week, the people are finally waking up there is no Common Law and no legal redress for civil or criminal matters in Australia, only political party policies developed by members of registered political parties inside the Legislative Assembly of the Constitution Act 1867 Qld.

David Walter has urged readers to tell political party members that the system has failed miserably and should be rectified.