The final round of crocodile management consultation meetings held in Cairns on Monday heard the Green rent-a-crowd of 20 hecklers and self- appointed crocodile experts howl down any sensible argument about removing dangerous reptiles from populated areas.

Local residents in favour of removing crocodiles were told by Katters Australia Party Member for Dalrymple Shane Knuth the reptiles would be removed or as a last resort, culled along the coastline between Mossman and Mackay. 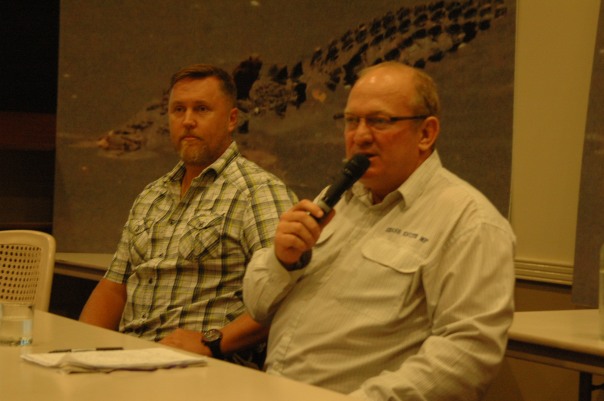 Tourist numbers had been impacted and visitors no longer felt safe visiting the Far North, he said.

The sensible element of older Cairns residents, one of them a fourth generation settler, backed their reduction in numbers and removal of all reptiles from Cairns waterways.

He said there were no crocodiles in most rivers and creeks or Cairns Inlet 50 years ago.

“Everywhere was safe to swim and my kids were always in a local creek swimming on weekends,” he said.

“Once we could put up to 100 skiers in the water, now we can’t go near the ocean.

“There are young people getting into trouble because they have nothing to do and nowhere to go yet once they were in the rivers and creeks burning up energy.

“Even the life savers fear for their lives if they go into the water at beaches.

“Now I fear for my 17 grandchildren if they go anywhere near water and we cannot swim in the Mulgrave River or Lake Placid anymore.”

Another resident warned how kayaks paddled by kids along the Mulgrave River resembled a crocodile to large males and there were incidents where crocs had menaced kayaks and canoes.

“They have lost their fear of man and something has to be done,” he said. 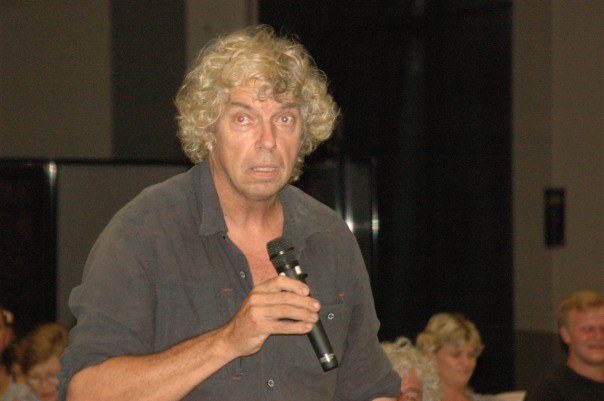 Self-proclaimed crocodile expert Greg Watson said people should be trained to keep away from water and savage crocs should be left alone in Cairns waterways.

Resident David White said lots of people came to the area to see crocs in the wild and there was a large tourist industry depending on it.

“The population is recovering from almost extinction, but I don’t want to see anyone hurt so we have to handle this logically and with science.

“There were two surveys where 75 per cent of people were against culling. We have to do more about controlling people in crocodile habitats.”

Mr Knuth assured the meeting there were no plans to remove or cull crocodiles from the Daintree River. 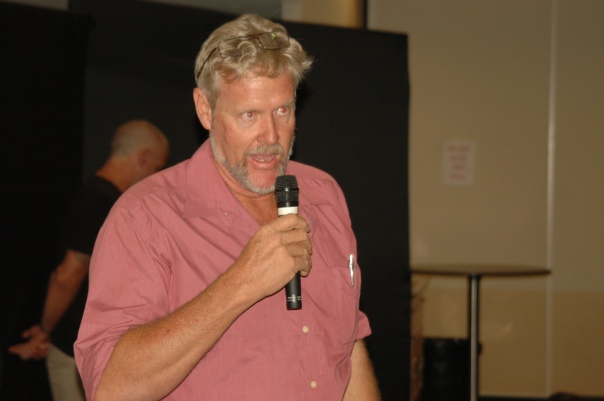 KAP candidate for the seat of Cook, Gordon Rasmussen said he believed consensus could be reached between those opposing croc removal from urban waterways and those who wanted them removed. Cook takes in all of Cape York and is home to tens of thousands of  estuarine crocodiles

KAP candidate for Cook, Gordon Rasmussen said any safari hunting plans for indigenous communities would be in controlled areas north of Laura.

“We do not want crocodiles in Mossman, Port Douglas or Mareeba rivers and creeks and they must be removed, and I am sure we can find a consensus between those here opposed to and in favour of the legislation,” Mr Rasmussen said.

It appeared the Greens mob were showing more interest in attacking Bob Katter than engaging in any sensible solution with meeting chairman Cairns Councillor Brett Olds and speaker Shane Knuth.

Performing for the ABC, Win TV, Channel 7 and other reporters, an agitated deckhand from the Daintree engaged Mr Katter with an ‘in-your-face’ screaming effort but the seasoned politician of 50 years didn’t take the bait.

Mr Katter walked away, further enraging the agitated deckie, Damian Duffi, by telling him he was “bored” with his illogical tirade.

The motley collection of about 20 vocal Greens, according to one supporter of the KAP plan, were mustered in a call on Facebook that morning, to “get as many as we can to the Katter crocodile meeting.”

“If this is the best they can do then we know we have the support of the majority of locals, not transient visitors from interstate,” Mr Katter said.

“”The three other meetings we held had many more attend than this meeting, and those people were 100 per cent in favour of removing the crocodiles.”

“The bill will be presented sometime this month,” Mr Knuth said.