Greenie pests must go to save Australia

The Greenie pests are having a dream run.

Then a Greenie PM donated $444M to a Greenie group to discourage industry near the Great Barrier Reef. 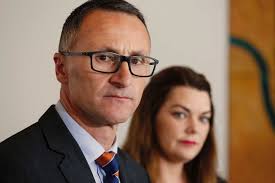 Di Natale and Hansen Young. These Marxist, Malthusian Greenies have to go. Along with their cohorts the Labor Party, they have all but killed most Australian industry. Make sure you place them last on any ballot paper.

Then drought helped Greenie water-wasters to kill rural industries from Townsville to Broken Hill. Then floods in the wild rivers of the north devastated much of what was left. Decades of Greenie opposition to new dams made both drought and flood disasters worse.

And recently a Judge used Greenie propaganda to kill a new coal mine in NSW, and a Greenie academic used a finchy story to add to the ten year delay to the Adani Coal Mine.

Now the lights are going out and jobs are disappearing.

The looming elections provide an opportunity to get rid of this plague of Greenie pests.