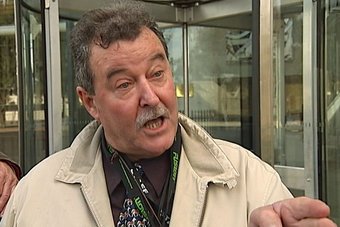 Funding for the Peter Spencer court case appears to be in limbo and possibly could be cut.

Farmer Peter Spencer made the headlines when he sat up a pole on his property on a hunger strike for 52 days in 2009.

He was protesting over his over his right to clear native vegetation on his property in south-east NSW and later began demanding that he be compensated for a loss of carbon credits.

This formed the basis of a court case that went all the way to the High Court, centring around native vegetation and carbon credits, and whether farmers are owed compensation from the Commonwealth acquiring credits from Australian farmers.

Sources close to the Spencer camp say that they have been informed that the fighting fund assistance, previously forthcoming, to back the legal fight against the Commonwealth has been stopped, and they claim they have been left high and dry, just as they are due to go to trial.

But the Australian Farmers Fighting Fund says that’s not accurate.

Chairman of the AFFF, Hugh Nivison, says the fund had only committed to funding the process of legal discovery and it’s now looking at the documents to see if any more assistance is warranted, according to the merits of the evidence.

“It is a complicated issue and we want to have a look at the evidence before we make a decision on where we go to from here,” he said.