Qld Govt at war with itself over $7m cattle property purchase

More jaundiced reporting from the ABC about Springvale Station west of Cooktown that the Queensland Environment Department bought for $7 million to prevent sediment runoff into the ocean.

The only problem is that bogus data was used to base the purchase, when in fact the Government’s own previously published scientific data clearly showed Springvale Station was responsible for less than one per cent runoff into Princess Charlotte Bay.

In what could be a storyline from the satirical TV series Yes Minister, the Queensland Government has gone to war with itself.

The ABC has learned one Queensland Government department has lodged a legal objection to another department over a plan to mine a river on state-owned land.

The Department of Environment and Heritage Protection is taking on the Department of Natural Resources and Mines in a stoush in the Land Court over Springvale Station on Cape York.

The idea was to stop, or at least reduce, hundreds of thousands of tonnes of sediment from the property washing from the West Normanby River into the Great Barrier Reef.

But it seems — in the best traditions of Yes Minister — the left hand did not know what the right hand was doing.

At the same time the Environment Department was buying the property to prevent damaging sediment flowing down the river, the Natural Resources Department was considering an application to mine the river at Springvale Station for gold and tin ore.

Now the case is before the Queensland Land Court.

In its objection, the Environment Department argues “the public right and interest will be prejudiced by the proposed mining activity as it will directly and negatively impact the biodiversity values for which the property was acquired”.

It says research suggests that “Springvale Station is the source of approximately 460,000 tonnes of sediment runoff every year, which is around 40 per cent of all gully erosion-derived sediment in the Normanby River catchment”.

The West Normanby River joins the eastern branch of the river before draining into Princess Charlotte Bay and the Great Barrier Reef Marine Park.

“The proposed mining activity will likely further destabilise the alluvial and colluvial soils of the West Normanby River and increase soil erosion and sediment loss,” the Environment Department said in its objection.

“… The long-term economic benefits of enhancing environmental outcomes through this acquisition will far exceed the economic and employment benefits of this small mining operation.”

It states the northern section of the reef has been significantly affected by coral bleaching, with “high levels of coral mortality”.

“For those corals to have the best chance of recovery, the water quality needs to be as good as possible,” the Environment Department wrote.

The State Government has already begun removing cattle from Springvale Station in a bid to reduce sediment run-off.

The Environment Department said it would invest a substantial amount of public money for conservation work on the property to further reduce run-off, with the price tag set at $30,000 a hectare.

The department also said the property was home to endangered or vulnerable flora and fauna species, including the northern quoll, red goshawk, brown antelope orchid and spectacled flying fox.

In a statement to the ABC, the Environment Department said it was the Government’s “intention that Springvale Station be declared a nature refuge”.

But it said such a declaration would “not necessarily preclude the commencement of activities proposed under the mining lease application”.

A spokesman for the Land Court said the objection to the proposed mine would be heard in August.

The $7 million purchase of Springvale Station at Lakeland last year by the Department of Environment and Heritage Protection to prevent sediment runoff onto the Great Barrier Reef derives from incorrect data and is a waste of a viable, developed grazing property.

The adjoining property owner and former Mayor of Cook Shire, Graham Elmes said Lakefield National Park, not Springvale, according to government data was responsible for 86 per cent of sediment runoff into Princes Charlotte Bay.

A spokesman for EHS Minister Stephen Miles said Springvale “reportedly was responsible for up to 40 per cent of gully-derived sediment in the Normanby catchment, which is a significant upper catchment draining onto the northern Great Barrier Reef.

“The Queensland Government aims to manage and conserve Springvale’s significant biophysical values, and contribute to improved water quality in the Normanby River catchment by reducing sediment runoff from the property.” 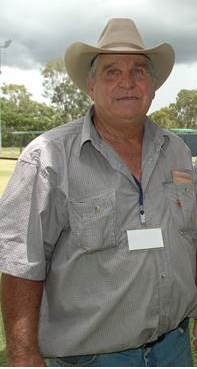 In late March Mr Elmes met with EHP staff at Lakeland where he pointed out, according to a report from the Cape York Local Marine Park Authority, that 86 per cent of tested sediment levels found on the bed of Princes Charlotte Bay originated from the Bizant River system that runs through the destocked, 5370 square kilometre Lakefield National Park and not from the Normanby River catchment.

He said gravel pits and 40 kilometres of gravel road running through the Kalpowar section of the national park were major sources of soil sediment runoff.

“After every wet season the national parks have to re-sheet their gravel roads with thousands of tonnes of gravel extracted from their own open gravel pits on the park,” Mr Elmes said.

“Where do they think the runoff from the pits and all this gravel from the roads ends up after floods?

“The report says the Marrett River that runs through Kalpowar puts 19 per cent and the North Kennedy 21 per cent into the Bizant River that contributes another 46 per cent of sediment that empties into Princes Charlotte Bay.”

The report states runoff from Springvale Station and the 11 other cattle properties in the(Normanby) catchment above the coastal plains represents only nine per cent of the total sediment found on the bed of Princes Charlotte Bay.

“This nine percent of runoff is spread across 11 former or existing cattle properties including Springvale in the Normanby catchment,” Mr Elmes explained.

“If it is averaged across all 11 places then Springvale’s runoff contribution is less than one per cent.”

Section 1.3.6 of the report says: ‘…riverine delivered sediments from the upper catchment (ie sourced from above the coastal plain) only represent about nine per cent of the sediment present on the bed of Princes Charlotte Bay.’

The spokesman said the former cattle station would be destocked of cattle by October 31, 2017, when it would be declared a Nature Refuge under the Nature Conservation Act.

“The longer-term intent is to dedicate the property as a higher class of protected area as a conservation park. This process will be subject to a negotiated native title outcome through the Cape York Tenure Resolution Program,” he said.

“Implementation of a program of works to manage and reduce erosion on the property will commence in 2017.

“Research does indicate that sediment flowing into Princess Charlotte Bay comes from a range of sources including Lakefield National Park, which is a natural source.

“We know feral animals can cause soil erosion, which is why the Queensland Government has feral animal control programs in place in national parks including Lakefield.

“These activities aim to reduce the impacts of hard hoofed pests, particularly cattle and pigs that adversely impact on watercourses, and subsequently sediment erosion.”

Mr Elmes said: “The government’s own data shows they have wasted a lot of money buying this property and now they want to turn it into a conservation park, which most locals are dead against.

“It has over 4000 acres of cultivation paddocks and large dams suitable for irrigation and I don’t know where the so-called biophysical values are on the property.

“We agreed they could turn it into a nature reserve which allows cattle grazing but we do not want another huge area of wasteland which will be an enormous problem to manage.

“We will see the shire lose more of its small rate base and lose 4000 cattle from the local economy.

“When I showed staff at the meeting these are sediment figures from their own data, there was stunned silence.”

The 2013 study by the Cape York Local Marine Park Authority titled ‘An Empirically-based Sediment Budget for the Normanby Basin’ was funded by the Federal Government as a part of Caring for Our Country Reef Rescue Initiative.