← JCU Professor sacked for blowing the whistle on corrupted climate data
Serco, the Global Information Grid, the Internet of Things and 5G are watching you →

China plans to build 700 coal-fired plants across the world

Japan has 45 new high-energy, low-emission (HELE) coal-fired power plants on the drawing boards. These will probably burn high quality Australian coal. And despite the tsunami that hit Japan, nuclear power still generates about 20% of Japan’s electricity.

Chinese companies have plans to build 700 new coal power plants all over the world, including China. In addition China will bring five new nuclear power reactors online in 2018 and has plans for a further six to eight units.

India generates more than 65% of its electricity from thermal power plants, and about 85% of these plants are coal-fired. India’s state-run power utility plans to invest $10 billion in new coal-fired power stations over the next five years and its thermal coal imports rose by more than 15% in the first three months of 2018. India also has 22 nuclear reactors in operation at seven sites, and 11 more reactors are under construction.

Taiwan is home to Taichung Power Plant, the world’s largest coal-fired power plant with an installed capacity of 5,500 MW. 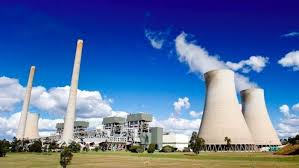 World-wide about 1,600 new coal-fired power plants are planned or under construction in 62 countries. Many of these power plants will utilise HELE technology.

Power plants burning low-energy lignite are being closed in Australia but still being built elsewhere. There are 19 such facilities in various stages of approval, planning or construction in Bulgaria, Czech Republic, Greece, Germany, Poland, Romania and Slovenia.

Australia is the odd man of Asia. We march to the green drum.

Despite having huge resources of coal and uranium, Australia has no nuclear powered electricity and has not built a significant coal-fired power station since Kogan Creek was opened eleven years ago. Over the last eight years Australia has closed nine coal power stations (in acts of political vandalism, some were quickly demolished to prevent them being upgraded and reopened). AGL, a green energy company, bought the huge Liddell Coal Power station from the state government for nothing in 2014 and seems determined to close it, despite an offer of $250M to buy and operate it (closure of Liddell will increase profits for AGL’s green energy business).

The close-the-gate-crowd opposes every proposal to frack for oil or gas, and elections are swung by fevered rhetoric opposing new coal mines. The PM of Australia thinks we can generate extra power by using electricity to pump water up hill and get some of that electricity back later by letting it run back down. Not surprisingly, Australia’s national energy market is run, not by an engineer, but by a lawyer/climate change activist.

The green state of Tasmania relies on hydro-power and diesel generators when its plug-in mainland power cable fails and the green state of South Australian has closed and joyfully demolished both of its coal-fired power stations. After recent blackouts it spent at least $100M on a huge battery that produces zero new electricity (it has to be charged when the wind blows and the sun shines, and it hopefully fills the supply gaps when they don’t).

But Australia is building lots of mills and mirrors collecting low-density energy from intermittent, un-predictable and un-reliable sources such as wind and solar. While Greens on the ground do everything to stop Queensland’s huge Carmichael coal mine from ever opening, their mates in the Queensland government gleefully reported 23 large-scale renewable generation projects in the pipeline, including 13 in Queensland.

Australian heavy industries like refining, processing and manufacturing cannot rely on intermittent, unreliable, unpredictable, expensive green power so they will keep migrating in search of cheap reliable power. The associated skilled jobs will keep disappearing with them. Australia will revert to its colonial economy which relied on exports of raw materials from its mines, farms and forests. But this “New Economy” will have the extra burden of a vast bureaucracy, a large and growing welfare state and an aging population.

Tomorrow’s Aussie kids will see their future is Asia – the old people left behind will get work as bureaucrats and nurses, or as child minders, tour guides and educators for rich Asian tourists and immigrants.

However, as Australian Aborigines discovered over 200 years ago, the world will not allow us to monopolise forever a continent rich in valuable undeveloped resources in land, water, minerals, hydrocarbons, radioactives, timber and sea food. Hard heads and sharp eyes are looking us over.

Wake up Australia. Burning coal does not control climate and carbon dioxide is the gas of life, NOT a pollutant. It’s time to turn the lights back on.

If Solar And Wind Are So Cheap, Why Are They Making Electricity So Expensive?

← JCU Professor sacked for blowing the whistle on corrupted climate data
Serco, the Global Information Grid, the Internet of Things and 5G are watching you →