Police officer earns the undying hatred and enmity of so many people in Mount Isa: Katter 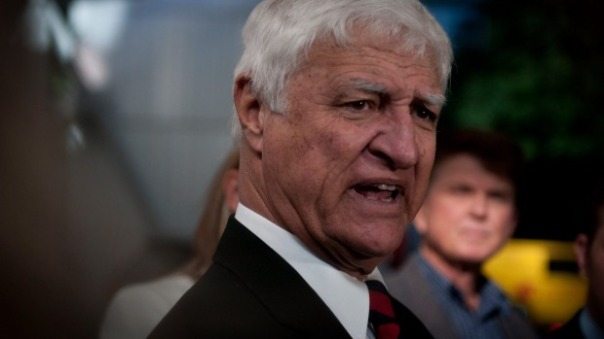 “Do you know just how you destroy the standing of your police force? When you go around and tell someone with some Christmas lights on their vehicle in a police escorted community event that they are breaking the law,” Mr Katter said.

“There is a great saying that ‘the Laws are made for the guidance of wise man, and the obedience of fools’.

“As a legislator for 42 years, it is hard to get a law perfect, a shoe just simply doesn’t fit every foot. We expect the people implementing these laws do so with a little bit of discretion; that is not being used here,” Mr Katter said.

The Federal Member for Kennedy said he is tired of personal freedoms being unnecessarily eroded over recent decades, from the requirement to pay for a licence to go fishing, to being fined for boiling a billy in your backyard.

“Queensland is the most restrictive state on Earth. There is hardly a week that goes by where we don’t get another example of just how abominable it has become, and just how many of our freedoms are taken away,” Mr Katter said.

“In the rodeo procession in 2015, there was a float in the procession, but 20 metres from where the procession line started, because there were people in the back of the procession vehicle, a person was fined $350 and lost three points, and the policer earned the undying hatred and enmity of so many people in Mount Isa.

“Good policing requires the people to be on side with your police force- good relations with the population. You will not get it with this sort of excessive behaviour. And yes, the letter of the law may not be being followed here,” Mr Katter said.

“Well, you can choose whether you’re the wise man or the fool,” he said.