At least eight countries have temporarily banned the import of Victorian poultry products as the state’s outbreak of bird flu continues.

A strain of the virus was first detected at a free-range egg farm in Lethbridge, north-west of Geelong, in late July.

Infected birds, which included emus, turkeys and chickens, have since been found in six poultry farms across Victoria.

Agriculture Victoria said three different strains of differing severity have been detected, which meant that the outbreaks were not all connected. 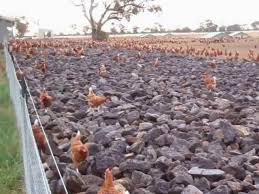 Bird flu outbreaks on six Victorian farms have pushed aside Covid in the news. What has the communist Victorian Government done to its comrades to deserve this?

To date, about 400,000 farmed birds have been euthanized to contain the spread of the virus.

That includes 2,000 emu chicks at a farm in Kerang.

The Victorian Farmers Federation Egg Group president Brian Ahmed told ABC Statewide Drive that the loss of flock would be devastating for both large and small producers.

“Not just emotionally but financially as well,” he said.

The department confirms Australian poultry trade with at least eight countries is impacted by the outbreak.

It would not name those countries, except for the Solomon Islands.

“The department is working closely with the Solomon Islands and other countries to restore trade,” the statement said.

“The department has now received agreement that the Solomon Islands’ ban only applies to poultry products sourced from within Victoria; a similar outcome has been achieved for seven other countries.”

Luv-a-Duck’s export of duck feathers to China has been impacted by the outbreak of bird flu in Victoria.(ABC News: Jane Cowan)

Major company Luv-A-Duck told the ABC its trade with China was impacted.

“The impact on us is restriction [in] the sale of our duck feathers into China, which is a primary market,” said chief executive James Thompson.

“At this point in time we can still export into the UK.”

Mr Thompson said he was confident that the company was keeping the virus off its farms and processing facilities.

“All our staff adhere to best practice biosecurity standards, so as long as we maintain that we should be okay,” he said.

In a statement, the Federal Agriculture Minister David Littleproud said he was “sympathetic” to farmers and companies impacted by the loss of trade.

“The Government is working to reinstate trade in poultry products to overseas markets,” he said.

“I am very sympathetic to everyone affected by this outbreak and understand the impact of the difficult decisions that need to be made.

“The Government is cost-sharing the response, along with all state and territory governments and affected industry bodies.

“This includes a mechanism for reimbursement of certain costs to eligible producers impacted by the response.”

Biosecurity zones have been set up around the site of the main outbreaks in the Golden Plains Shire in central Victoria.

Farm Pride told shareholders this week that it was forecasting losses of $18–$23 million for the 2020–21 financial year.

This week its share price dipped to 0.170, which was almost its lowest point since the start of the COVID-19 outbreak in March.