Culleton forces HCA to restore the wrong Queen in court process, resulting in its bench closing ranks on Culleton and refusing to hear his arguments about nullified charges in a NSW court involving the disappearance of a $7.50 car key

The Restoration of the Queen and all She stands for in the law, must be a priority for every West Australian voter this election because:

The Queen by Her Coronation Oath represents peace, order and good government as the Corporate Parliament of the Commonwealth has tried to legislate since 1986, but after the Australia Act 1986, The Parliament of Western Australia has legislated to remove all safeguards for private property, all freedoms of travel except other than that they approve, and tax, legislated to imprison people without fair trials, and not one Judge or Magistrate in Australia has ever said this is wrong.
Because all WA Judges and Magistrates are supposed to represent the Queen but now only represent the State of Western Australia and its people, they are repudiating the Australian Constitution. Consequently the entire Commonwealth Parliament is absolutely useless to the people of Western Australia because the Judges and Magistrates are treating the work of the Commonwealth politicians as a joke.

Former Senator Rod Culleton requested the High Court to restore  Her Royal Highness Queen Elizabeth in judicial procedure instead the incorrect and unlawful Queen of Australia was reinserted by the Rules Committee.

When Rodney Norman Culleton asked why the Queen was removed from the High Court the republican lawyers as Judges and Magistrates set out to get him. They put the Queen back in, but only the Queen of Australia not the one who represented peace order and good government from 1900 to 1973.

Your hip pocket is paying all the time for this new regime. Every time a Sheriff attempts to have a Judgment executed or take away your licence to drive, unless you pay the fines they have in the Fines Registry, they are breaking the Laws of the Commonwealth. By levying fines without first taking you to a proper Ch III Constitution Court they are breaking S 43 Crimes Act 1914 (Cth) and should be paying you, instead of attempting to steal your property. The penalty for that is ten years jail. It should mean the State of Western Australia pays you, $540,000 in liquidated damages every time a Sheriff tries to steal a car for unpaid fines. The Sheriff himself should pay $108,000 and so should every Police Officer who helps him get away with highway robbery.

Likewise every person who has lost his or her property in the last ten years, since the real  Queen was abolished, ought to be able to collect this liquidated penalty, pay fifty percent tax upon it, and still be far better off than they are now. The biggest beneficiaries of this regime put in place by the Liberal Party are the Big Banks who made a $46 Billion Dollar profit last year, while the Liberal Government in Canberra is trying to screw Centrelink clients, to rake in around the $35 billion dollars deficit that they have allowed the Banks to evade using captive Judges and Magistrates.
Since 1983, the Director of Public Prosecutions of the Commonwealth has had power to overrule the Laws of the Commonwealth when it comes to law enforcement. Each and every one of the people was granted power, in 1914 in the Crimes Act 1914 (Cth) in s 13 of that Act, to prosecute any offender, but the Protection Racket this person has been running since this Act was passed, a protection racket for Banks, Corporate Offenders, Drug Dealers and Judges and Magistrates that has directly caused the present Budget Deficit of the Commonwealth is still there. The DPP has done this by s 9.5 Director of Public Prosecutions Act 1983, an Act that should never have received the Royal Assent because it has robbed the Crown. This should be repealed, but you need Rodney Norman Culleton in the Senate to get it done.

In 1973 the Governor General was misled into consenting to the creation of the Queen of Australia.  Since then only a few High Court Justices have cast doubt on any allegiance whatsoever to the homespun Queen looking upon Her as illegitimate. Every Senator and Member of the Parliament of the Commonwealth swears allegiance to the Successor of Queen Victoria. This pretend Queen does not qualify, and no wonder some High Court Justices think she is a pretender. The present High Court which had five Judges declare Rodney Norman Culleton disqualified from the Senate, and the five Federal Court Judges who accepted a Judgment from a District Court Judge in Western Australia not made in the name of the Queen ought to be charged and disgraced. This should be enough to see Rodney Norman Culleton restored to the Senate and that Attorney General and President of the Senate charged as accessories to the said perversion of justice. 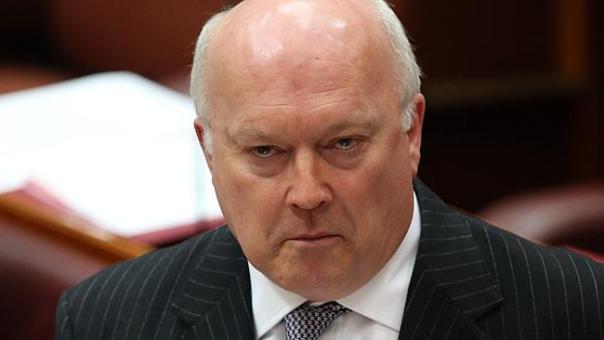 The Attorney General Senator George Brandis got a written Notice that Rodney Norman Culleton wanted the Commonwealth to strictly prove the Queen was legitimate in Western Australia, and he refused to come to the party. Senator Parry used the Judgment of an alleged illegitimate Judge in bankruptcy to kick out Rodney Norman Culleton from the Senate, on a dodgy contract no self- respecting lawyer would hold valid.

The Family Court has been illegal since its creation. It owes no allegiance whatsoever to the Queen. It destroys lives every time it adjudicates. It sends children into danger. It treats fathers and mothers alike as slaves. It treats children as chattels, as property of the State, to be dealt with like a commodity. It is the greatest lawyer’s money making machine ever created. It only continues because the High Court refuses to acknowledge the Queen and all She stands for.
No one, no one at all, should be imprisoned, have to pay any debt, unless the approval has been obtained from one of the Courts of Her Majesty. There are no such Courts in Australia today. There are lawyers Courts in the present Australia, but none “in the name of the Queen”, the words Senator Culleton insisted the High Court comply with, and as top of the pile, every lower court must comply too. For this they set out to destroy him, using Courts of Lawyers, and the lack of a proper education for every lawyer in Australia including those who advise the President of the Senate.  The people of Western Australia must protest. By protesting and tossing out the present lawyers government in Western Australia and putting in a democratic party with the balance of power, you, the people of Western Australia will get your lives back, and your fair share of the GST. You will also lead the Commonwealth back to the Rule of Law, and get justice restored.