Amendments to Tasmania’s gun laws go before a committee

Two days before the Tasmania election, the Liberals dropped a grenade – that if they won government they would amend the tough and ineffective laws to allow farmers and sporting shooters access to semi-auto rifles and shotguns.

However the Liberal Government had been in secret discussions with farming groups and the shooting lobby for six weeks prior to the election.

The glaring elephant in the room, is the bona fides of the Port Arthur massacre. The people’s court after dissecting the overwhelming evidence  to the contrary has decided Martin Bryant did not shoot any person at the Broad Arrow Café – he was miles away at the time of the shooting. His mother and two other witnesses who knew Martin confirmed this fact with investigators yet none was called to give evidence to Tasmania Police. 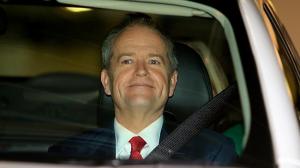 Soon to be deposed Opposition Leader,Bill Shorten (Shortbrains) has asked PM Turnbull to intervene over sensible and much-needed changes to Tasmania’s gun laws, promised before the election on March 3.

The so-called National Firearms Agreement has no effect in law, it is only an agreement between the States because the Commonwealth cannot legislate firearms law for the States.

If any State wishes to amend their respective gun laws they can do so with impunity. When the Queensland National Party Government in 1997 said it would not enact the pre-packaged gun laws presented by the Federal Government, PM John Howard threatened to withhold Commonwealth money from the State.

Shorten, soon to be deposed by Anthony Albanese, is barking up the wrong tree, because the Tasmania Liberals can tell him to go to hell where he belongs.

Likewise Turnbull would be a fool to intervene, but in any case there is nothing he can do. Premier Will Hodgman needs all the support he can get. Cairns News urges Tasmanian readers to phone Will Hodgman and give him support over the proposed changes to the gun laws.

He should take notice because it was the gun lobby which got his government over the line.

Yesterday, after the usual pressure from the ABC, Mr Hodgman said the amendments would be put before a committee to examine the effects and if they would contravene the national agreement.

The best news emanating post-election is the stunning loss of two Greens seats, leaving a lone member. Greens leader of herself, Cassy O’Connor is a racist zealot and after hearing her losing speech on Saturday night, one could be forgiven for thinking she is a few sheep short in the pen.

O’Connor, resplendent with arm tattoos looking like a spokesman for the local chapter of Hells Angels, moaned-on how she wanted to give all of Tasmania to the blackfellas. Poor blackfella me was the gist of her tirade, after which she attracted three clappers from the mildly attentive Greens throng assembled at the electoral commission headquarters.

Sole surviving Tasmania Greens member Cassy O’Connor wanted to give Tasmania to the blackfellas. She can’t understand why the Greens vote dropped to less than 10 per cent

Miss O’Connor probably doesn’t know that Trugannini was the last, real indigenous woman to live in Tasmania. She died in 1876. There have been a few imposters and interlopers since but history has it; there were no Tasmanian blackfellas alive after 1876.

Like all of Miss O’Connor’s diatribe, this part remains a mystery as to which blackfellas she wanted to give Tasmania.

He has to gain some accolades from somewhere, self-aggrandisement or not.

Not all election analysists have lost sight of the bolstering effect of the shooter’s vote which gave the Liberals victory.

Two days before the election a smart operator dropped a grenade; the Libs would overhaul the ineffective and costly gun laws adopted by the apple isle after Martin Bryant was framed for the Port Arthur massacre in 1996.

The mainland Liberals and Labor had better take a lesson from this most astute Premier and the gun lobby. Will Hodgman is a presentable, seemingly honest and smart politician the likes of which are sadly lacking in every other state.

We won’t go near federal parliament.

The rest is history.