The vile baby killers of the Queensland Labor Party

Shocking new abortion laws supported by the Labor Member for Cook, Cynthia Lui in 2018 that allow a medical practitioner to abort a living foetus at 37 weeks have been aired on radio ads running across the state and paid for by the ‘Put Labor Last’ group.

On October 17, 2018 the Termination of Pregnancy Act was passed. The legislation allows a late term foetus to be terminated until birth at 37 weeks. Aborting this living child amounts to murder. 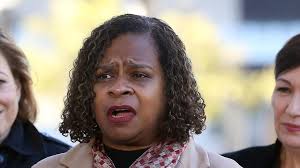 Labor member for Cook Cynthia Lui, has three children of her own and has been criticised by voters for supporting the killing of live babies at 37 weeks old

Cynthia Lui hails from Yam Island in the Torres Strait where traditional custom does not allow for abortion and her support for killing babies and other repugnant, feminist Labor policies have infuriated a portion of Islanders.

A Torres Strait Regional Council source on Thursday Island said two factions had formed among the island communities, one to support Ms Lui and another to get rid of her.

Lui’s support of late term abortion has also grated with voters in the lower half of the Cook electorate in which she took power at the 2017 state election following the dis-endorsement of then Labor member Billy Gordon.

Polling booth workers in Mossman, Mareeba and Port Douglas have reported disquiet among voters who once may have supported Lui.

Killing living babies has been first among Labor rejections heard by booth staff.

Lui, said to have three children of her own, supported the conscience vote as did every other Labor member. See the shocking video of Labor politicians rejoicing in the House after the Abortion bill was passed.

Particularly repugnant is the image of Premier Annastacia Palaszczuk being furiously hugged by the now disgraced Labor back-bencher Jackie Trad.

Three members of the LNP also supported the legislation but Katters Australian Party, the remaining LNP members and a cross-bencher voted against it.

The Labor Party could have a vested interest in killing live babies for organ harvesting to make the banned substance Adrenochrome which is said to be the elixir of life and taken by celebrities around the world purportedly to keep them young.

It is manufactured by oxidising adrenaline extracted from live babies and consumed by the Hollywood elite, politicians and other high-ranking world figures.

Like the world market in human organs, young children trafficked for the sex-trade and burgeoning witchcraft ceremonies in Queensland, this could be another underground industry supported by the elitists of the Australian Labor Party.