America’s next civil war could start in Oregon very soon: can Trump hold the fort?

This story is getting very little coverage in the legacy media for obvious reasons. Just like California, Oregon has gone full authoritarian in trying to force its fake science “climate change” agenda on everyone. Over the last few days, Oregon’s Gov. Kate Brown has ordered the gunpoint rounding up of Republican lawmakers by police in order to force a vote on a climate change “cap and trade” scheme (HB 2020) that only enriches corrupt Democrat insiders. 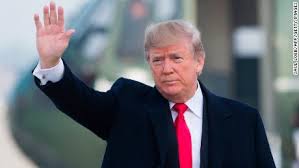 Can Trump hold the fort? His demise by illegal alien voting fraud will have serious implications for Australia

As BigLeaguePolitics.com reports, the Oregon Three Percenters appear to be getting involved to protect the citizens of Oregon from the authoritarian tyranny of the corrupt Democrats(Australian equivalent is the ALP):

The Oregon Three Percenters, who participated in the armed takeover of a wildlife refuge in 2016, was one of many groups to support the Republican legislators’ defiance. Apparently this, along with support for the legislators by other right-wing groups, was unsettling to law enforcement. The State Capitol was closed Saturday “due to a possible militia threat,” according to a spokesman for Senate President Peter Courtney.

The real threat in Oregon, of course, is the tyrannical governor and her authoritarian Democrat jack-booted thugs (i.e. the Oregon State Police) who are now hunting down Republican lawmakers at gunpoint in order to shove their destructive law through the legislature. As The National Sentinel reports, “Raising the cost of production and doing business (cause) will have predictable effects: Loss of jobs, loss of revenue, higher prices, higher energy costs. And for some in Oregon — farmers, truck drivers, loggers — the law would decimate their industries. And worse, there is no real consensus that human activity is causing the climate to change. In fact, the Left’s predictions of doom and gloom are routinely debunked by reality. In particular, Republicans say that gas prices alone would rise 22 cents a gallon almost immediately, and much more over the long haul.”