1. In 2008, General David Morrison had urged the federal government NOT to recognise the 2nd D&E Platoon because ‘amending archives was high risk’ and ‘could open the floodgates to others to might want to correct the official records.’In other words, this bastard preferred the official records to remain false and inaccurate- and to hell with military integrity and the service histories of the men involved in such units.

This also explains why the Australian War Memorial refuses to release the 235 documents it holds concerning the 2nd D&E Platoon despite its own (and the government’s FOI policies).

How can anyone support the deliberate falsification of war records?

2. And it’s interesting to note that before he retired, General Morrison wanted the Army website ‘revamped’ and paid Deloitte Australia $2,600,000 to do it- and now, Deloitte is paying him $200,000 to advise it on because he is an ‘amazing role model and advocate for diversity and inclusion, gender equality and fairness.’

What a load of want! 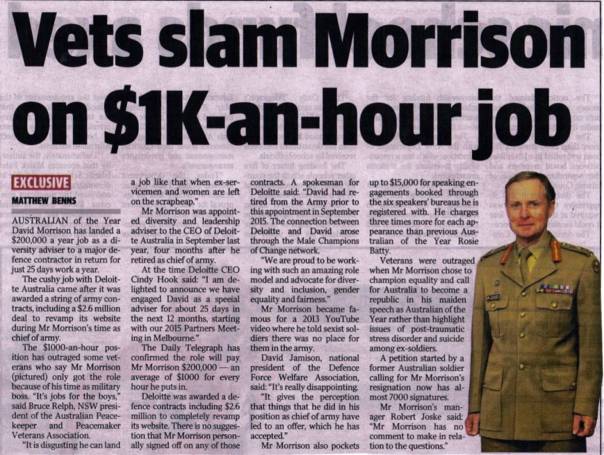 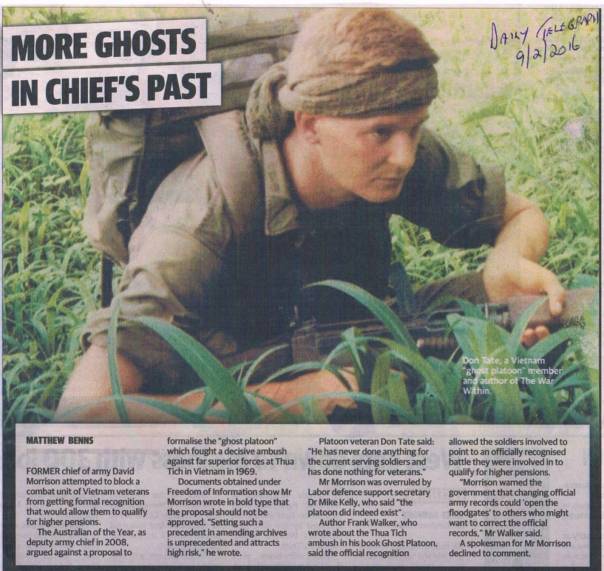