What happened to Biblical government?

With government and elections on many people’s minds this week, is it possible for epistles written two millennia ago to be relevant to this topic today?

It’s not hard to find discussion somewhere on the topic of “biblical government” as referenced by St Paul in his letter to the Romans and his often controversial statement in 13:1: “Let every person be subject to the governing authorities. For there is no authority except from God, and those that exist have been instituted by God.” 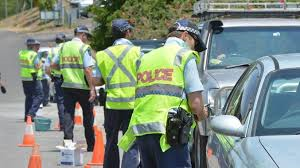 Solicitors advise you have certain enshrined rights if pulled over by police.

I think what Paul is driving at here is the broad issue of government authority and those who administer the law, not popularly elected parties or national leaders, or despots. St Paul goes on to explain: “For the one in authority is God’s servant for your good. But if you do wrong, be afraid, for rulers do not bear the sword for no reason. They are God’s servants, agents of wrath to bring punishment on the wrongdoer.”

God gave flawed mankind law and authorities in order to provide peace, security and justice for communities. Of course our human systems of government often do not work and are prone to corruption.

Many are aware of issues around our corporate state structure and will argue with cops on the side of the road about these profound issues.
Mostly it’s better to give the cop a break i.e. take the apostle’s big-picture advice and “submit to the authorities”. Pull over, say gidday mate, what’s the problem? Remember: “Blessed are the peacemakers.”
It’s better to take the matters of law to court or just deal with them as the system provides.