The creation of a New State for Central & North Queensland 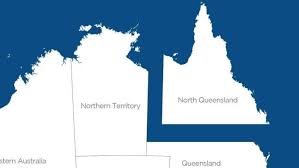 Since forming in March 2018 Boot Brisbane has held six New State Forums, videos of which can be viewed on the web site bootbrisbane.com.

Join us for our Seventh Forum to be held in Mackay. Please help us advertise this event by sharing our promotions though email and facebook.

“It only took the settlers and leaders of the then NSW Pastoral Districts of Moreton, Maranoa, Wide Bay and Burnett a mere 25 years (1824-59) to cast off the shackles of SYDNEY RULE and create the Colony of Queensland. Some 160 years later, the BRISBANE parliament still makes the decisions for the residents of Central and North Queensland.”

For any updates visit bootbrisbane.com

Our Mission : To secure for the residents of Central and North Queensland a Referendum to vote on the proposition of forming a New State of the Commonwealth of Australia.