Member for Dalrymple Shane Knuth has reinforced Bob Katter’s call for an immediate but controlled crocodile cull in north Queensland after a family pet was killed on the weekend in the latest spate of attacks.

Melissa Horton’s family dog Rusty, a one-year-old purebred kelpie, was taken by a croc at the family property at Belvedere, just five kilometres north of Innisfail.

“This image is confronting and frankly heartbreaking for residents who are imagining that dog could have been their beloved pet, or much worse, their child,” Mr Knuth said.

The incident comes just weeks after a horror weekend of crocodile attacks, when a teenager was bitten on the arm in the Johnstone River in Innisfail, and a spearfisherman was killed in a suspected croc attack south of Cairns in mid March. 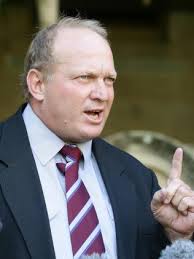 “Attacks are on the rise, the crocs we’re seeing are big, aggressive and territorial, and crocs are surfacing in places they’ve never been before,” Mr Knuth said.

“People are petrified to get out and enjoy the waterways, even in safe areas, with membership dropping in water sport clubs and iconic events cancelled due to croc sightings.

“Reports show seven beaches have been closed due to croc sightings in the past three months.”

On a recent flight, Mr Knuth said he saw several crocodiles, one as long as 5.5 metres, just below the Burdekin Falls Dam.

He said the recent high rainfall and flooding across the state could lead to even more croc activity and attacks in the near future.

Yet another attack by a large salt water crocodile devouring a family dog in the Far North. Next time it could be one of your kids. Picture Melissa Horton

“More than 22 million visitors come to Queensland each year and contribute billions to the state’s economy.

“People come to Queensland to enjoy sunshine and beaches, but the image they’re seeing now is croc attacks and croc signs everywhere; this is a very poor message to promote to international tourism.”

The KAP will draft legislation to allow for a controlled cull in populated areas across Queensland.

Mr Knuth said the animals could be culled or relocated to a crocodile farm, and safari hunting and egg collection initiatives could be set up to create jobs for Indigenous rangers.

Egg collection could also keep an extra few hundred thousand dollars in the Queensland economy that would otherwise be spent interstate.

“Commercial croc farms cannot source eggs from the wild for their breeding programs, meaning some Queensland farms buy their eggs from the NT Government, spending as much as $250,000 a year,” Mr Knuth said.

“It’s time to bring back the balance and prioritise human safety over crocs.” 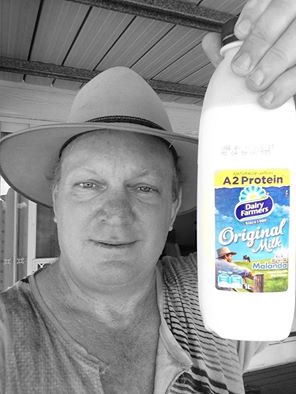 A nearsighted state government switch to use imported milk at the Lotus Glen Prison has left KAP Member for Dalrymple Shane Knuth fuming.

Mr Knuth said he was recently informed the corrections facility, located in Queensland’s dairy country is providing imported UHT Milk from NZ for consumption rather than fresh milk.

Incredibly in 2012 the Government had auctioned off a self-run dairy belonging to the facility which provided over 1000 L of fresh milk a day.

The dairy was also used by the corrections centre as a training facility for the agricultural industry.

“If our own government won’t invest in Queensland how can we expect business and consumers to? ”

Since the imports have been confirmed Mr Knuth’s office has been in contact with the Premier and the Agriculture Minister, waiting on a response.

“ My electorate is in one the best milk producing areas of Queensland, this is lunacy,” Mr Knuth said.

“Buying in UHT milk from overseas in the name of cost cutting will hurt our regions in the long run.

“Rest assured that I will bash on the doors of the government until this decision is reversed and demand that locally produced milk is the milk of choice,” he said.

My electorate at Athertonis in one the best milk producing areas of QUEENSLAND – I’ve received advice that a state government department is buying in UHT milk from oversea…s because it’s cheaper and cost saving – Rest assured that I will bash on the doors of the government until this decision is reversed and demand that locally produced milk is the milk of choice.