← Muslims, Pacific Islands and Indonesia gifted hundreds of millions from Liberals, but desperate farmers have to borrow to survive
Vaxxed II screening in Cairns December 5 →

Thank you for your attention to the following non-copyrighted letter. An archivist in Tasmania (Nicki.Ottavi@education.tas.gov.au) presented an egregious paper at the national conference of the Australian Society of Archivists conducted in Perth, Western Australia, on 25-28SEP2018. Details related to Ottavi’s presentation plus an image of her appear on p.xviii of the bookOFFICIALTERROR…. (768pp). [amended 05MAR2019]What follows are some of Ottavi’s words from an electronic youtube tran-script. 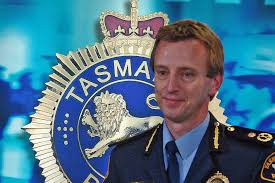 No copies of her paper were made available to the public by Ottavi, or by the Australian Society of Archivists, or by Tasmania Police. WHY?: I…registered it into our system it became known as transfer to nine zero zero….; …Tasmania Police rec-ords of the Port Arthur massacre will be open to the public in 2071….; …they are an e75 access restric-tion which means they’re closed for 75 years and the e means that only one person or position can grant access in this case only the Commissioner of Police.

Given Tasmania Police is a public agency funded 100 percent by taxpay-ers to serve not deny the public, Ottavi’s words are shocking. They have generated more concern in Australia re the official terror at and near Port Arthur, Tasmania (28-29APR1996), a massacre in which international and national victims were killed (35) and wounded (23). Thus in relation to the boldface italicized words of Ottavi as appear above, you are herewith requested to address the three queries following:

A copy of this letter appears in OFFICIAL TERROR…. [amended 05MAR2019]Space for your replies to the three queries will be reserved in said book until 28FEB2019. If you do not reply, then your unacceptable failing will be highlighted in said book, and elsewhere in and out of Australia. Also note that if you fail to reply, it is understandable people will conclude there is no legislation in Tasmania that permits the withholding of public documents and/or permits a public servant (you) to be sole arbiter of access to public documents. If such legislation exists, it identifies Tasmania as a police state (a government that exercises power arbitrarily through the power of the police force– wikipedia). And finally, some points of concern for you – and our other readers: a)

You are a senior member of Australia & New Zealand SEBP (Society of Evidence Based Policing Inc.) On one hand it seems you value “Evidence Based Policing.” But on the other you are willing to ignore exculpatory evidence confirming Martin Bryant is INNOCENT – this boy-man (66 IQ) is the patsy. Not only ignore it, but as a gate- keeper you are now participating in the withholding of exculpatory evidence from the public for 75 years.

Surely you understand the immorality of Bryant being denied an ethical lawyer, of him having his persistent NOTguiltyplea rejected,of him being falsely convicted with NO trial, of him being incarcerated in Risdon Prison since 1996, etc. b)Let us not forget James Boyce’s LOSING STREAK: How Tasmania Was Gamed by the Gaming Industry. That officials covered up crimes is revealed in his 2017 book: “…at some point the file was accidentally misplaced or deliberately destroyed, and it cannot be located.”

Corrupt officials do this with files containing truths dangerous to them. Dr.Boyce goes on:”The current police commissioner [you] has refused to give permission for the release of further supplementary material.” So it seems you have withheld evidence in this gambling case. If true, the long-deceived people of Australia, especially families, relatives, and friends of all 58 victims officially shot at Port Arthur, can expect nothing from you re the records secreted byTasmania Police.

← Muslims, Pacific Islands and Indonesia gifted hundreds of millions from Liberals, but desperate farmers have to borrow to survive
Vaxxed II screening in Cairns December 5 →