← New film, Vaxxed 2 soon to screen in US, later Australia – will have big pharma in a frenzy
The Liberals are after you bank deposits – no cash transactions over $10,000 or go to jail →

Europe will starve first, losing 1000 farms a day due to climate regulations

The new EU Agriculture Commissioner has publicly stated that Europe loses 1,000 farms per day. He acknowledged that the EU is losing 400,000 farms per year. However, crop and livestock production in Europe is projected to decline and maybe completely abandoned Europe’s southern and Mediterranean regions due to the increased negative impacts of climate change, according to a European Environment Agency study. 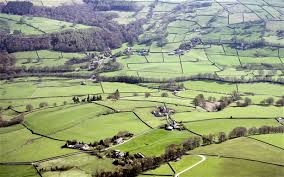 The study says that adapting to climate change must be made a top priority for the European Union’s agriculture sector if it is to improve resilience to extreme events like droughts, heatwaves, and floods. But the obsession with Climate Change in Europe which is destroying its economy and now its ability to even grow food many are concerned will lead to starvation once again as was the case in Ireland because of the British Corn Laws which prohibited the importation of grain from America.

The nonsense of Climate Change seems to be poised to accomplish what it is designed to do – reduce the population. The question that needs to be answered is: Whose grandchildren are we trying to prevent from being born? Those who do not believe in Climate Change created by Humans? Certainly not the promoters or politicians. So it must be the rest of us they want to starve.

It certainly appears that perhaps this is the backdrop as to why we may see a rise in agricultural prices into 2025 and our computer is showing this should be a cost-push inflationary wave.

← New film, Vaxxed 2 soon to screen in US, later Australia – will have big pharma in a frenzy
The Liberals are after you bank deposits – no cash transactions over $10,000 or go to jail →