Germans revolt against Rothschild Bankers who hold Queensland to ransom

German police officers escort an anti- crony capitalism protest march with some 20,000 people in Frankfurt, Germany, Saturday, May 19, 2012. Protesters peacefully filled the city center of continental Europe’s biggest financial hub in their protest against the dominance of banks and what they perceive to be untamed crony capitalism, Frankfurt police spokesman Ruediger Regis said.

The protest group calling itself Blockupy has called for blocking the access to the European Central Bank, which is located in Frankfurt’s business district. (AP Photo/Michael Probst) 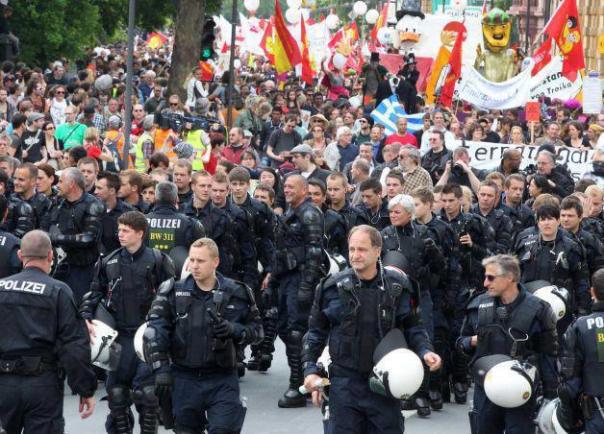 The German police took off their helmets and marched with the protesters– clearing the way for them.