(NaturalNews) One of the world’s most lucrative industries, spending on cancer drugs reached an all-time high last year, as it was valued at more than $100 billion. Spending on cancer drugs increased 6.5 percent annually over the past five years and is expected to continue growing at a rate of 8 percent each year through 2018, according to figures provided by the IMS Institute for Healthcare Informatics.

That spending is highly concentrated, as the US and five of Europe’s largest countries account for nearly two-thirds of the entire market.

This means that billions and billions of dollars are secured by Americans being diagnosed with cancer.

That’s one profitable industry; however, it could all be completely dismantled by one thing: a cure.

As Mike Adams recently reported, “A universal cancer cure would destroy the profitability of the highly lucrative cancer industry and collapse the American Cancer Society, hospitals, oncology clinics and pharmaceutical companies that depend on chemotherapy revenues to stay profitable.”

This means that anyone moving closer to developing a cure for cancer would be considered an extreme threat to the medical establishment and likely stopped at any cost.

With that in mind, the mysterious deaths and disappearances of several natural health doctors throughout Florida is as suspicious as it is concerning.

If anyone was close to finding a universal cure for cancer and would ensure the public had access to it, it would likely be natural health doctors, or naturopaths, as they’re less likely to prescribe drugs and more likely to try and heal the body naturally using holistic medicine and nontoxic approaches.

Breakthroughs using this type of medicine are extremely “controversial,” as they threaten everything that the medical-industrial complex stands for, i.e. costly chemotherapy treatments and cancer drugs

Doctors leading this type of research are routinely raided and shut down by the U.S. Food and Drug Administration (FDA), after which they’re treated like criminals and their reputations smeared.

This is typically orchestrated against doctors who are considered a threat by the medical establishment.

This seems to be the case with Dr. James Jeffrey Bradstreet, who was recently found dead after his body was discovered floating in a North Carolina river with a single gunshot wound to the chest. Bradstreet, a renowned physician known for his skepticism of immunizations (particularly the MMR vaccine), and his progressive autism research, was raided by the FDA one week before his mysterious death.

END_OF_DOCUMENT_TOKEN_TO_BE_REPLACED 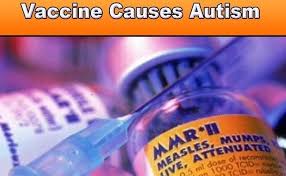 Here are the bones of the story. For the first time in 30 years, a vaccine-damage case has gone before a court judge. Lawyers for a 16-year-old autistic boy are suing a medical clinic for administering vaccines that brought about the autism. The CDC, of course, denies any connection between vaccines and autism. But one of its own long-time researchers, William Thompson, has publicly confessed to fraud in that area. Thompson states that he and his colleagues concealed research data that would have shown the MMR vaccine and mercury-laden vaccines do cause autism. The lawyers for the 16-year-old boy want to bring in Thompson to testify about what he knows. The CDC has said NO. The head of the CDC, Thomas Frieden, states, “Dr. William Thompson’s deposition testimony would not substantially promote the objectives of CDC or HHS [the Department of Health and Human Services].”

Well, he’s right, because the CDC is the PR arm of the vaccine industry. The CDC is a major purchaser of vaccines for the US federal government. If this boy won his case, other cases would follow. The potential monetary exposure in judgments? A trillion dollars or more.

Ecowatch.com has the details:

“The medical malpractice case seeking Dr. Thompson’s testimony is on behalf of 16-year-old Yates Hazlehurst. The lawsuit alleges that Yates is autistic as a result of vaccine injuries, which occurred when the vaccines were improperly administered in 2001. Because of the Vaccine Injury Compensation Act of 1986 (VICA), Hazlehurst v. The Jackson Clinic is the only vaccine injury case that has gone to any U.S. court in 30 years.”

“Dr. Thompson wants to reveal the scientific fraud and destruction of evidence that took place in the studies that he co-authored. However, in accordance with the Whistle Blower Protection Act and other federal regulations, Dr. Thompson can not testify under oath without the permission of the director of the CDC, Dr. Thomas Frieden.”

“The request on behalf of Hazlehurst specifically relates to the issue of causation, i.e. the issue of whether vaccines can cause autism, which the State of Tennessee Circuit Court Judge found to be both relevant and a proper basis for seeking the deposition of Dr. Thompson.”

This is typical of what is happening in Australia since the Murdoch media started vilifying parents who question vaccination.

Ben and Tanya Hammond, two days after the birth of their 8 week premature baby, were forced into having DPaT vaccine, as otherwise the hospital refused them access to see their premature baby. Both parents Ben and Tanya had the shots and Ben became paralysed within 11 days of receiving the vaccines. Ben has been through horrendous health problems and although he can finally take steps now, however, from chest down Ben is completely numb and is now legally disabled. Ben was a strong very health man working as a mine manager, however, now is unable to ever work again.

His distraught wife Tanya has been very public about the need for a No Fault Vaccination Compensation Scheme, doing TV, Radio and newspaper interviews since this happened. Tanya and Ben believe if they had to have the vaccine then there should be a compensation plan for injuries like Ben’s. Not only have they had to struggle with Ben’s health issues, but also been left high dry with 5 children and a mortgage. The disability benefit Ben is paid is insufficient to pay the mortgage and feed the children.

You would think that would be enough to deal with, but Tanya was dragged out of her car and bashed for scare mongering against vaccines shortly after she was interviewed on local TV. Tanya had her jaw, windpipe and bone in her neck broken. The woman got off with and fine and good behaviour bond.
Then just when you thought that the Hammond family had experienced more suffering than most people can even imagine….it just got worse!

At 6am this morning our family were still in bed when we got woken up by cops breaking down our front door! They removed us from our room (where we were sleeping with our 3-year-old) and they tried to forced Ben to the floor. I was screaming that he couldn’t because he is disabled, but they wouldn’t listen. I had to watch him trying to get down, but since he couldn’t they slammed him roughly to the ground and pinned him to the floor with a gun to his head. I was pinned to the ground with a gun against my head also but I kept trying to ask about my baby and trying to see where he was. Each time I tried they kept slamming my head against the floor yelling GET DOWN! GET DOWN! My baby was so upset but I couldn’t help him, I felt so powerless.

My 11 yr old woke up to my screaming and crying just before he had his room raided by 10 police. They destroyed our 2 front doors, terrified and traumatised my family and when I asked what’s going on they said to wait till the camera gets here before they will tell us. Why would they need a camera crew when we had done nothing wrong? How long had they been planning this?

A good 10 mins later (still pinned to the floor with guns pointed at us) the camera arrived. They told us they had a warrant to search our home for making and selling CRYSTAL METH!! I couldn’t believe my ears, they thought we were drug dealers?!? Our family is struggling to stay on top of all of the challenges that have tried to destroy us since the Whooping Cough vaccine took away Ben’s health and they think we have the time and energy to make illegal drugs?!? I just couldn’t believe what was happening? I was helpless to protect my kids and my disabled husband, watching them force him to the ground and my little boy screaming while I was pinned to the floor and I couldn’t help them…

They found Ben’s catheters and they categorised them as “sharps” they also took Ben’s medicinal cannabis plant that he uses for managing his pain and his smoking device he uses to administer it and they are charging Ben for that. HE NEEDS THAT to manage the constant pain he is in, nothing else works as pain meds cause him to urinate blood.

Needless to say but they found NO evidence of any Meth or Meth making equipment so they put our family through hell and traumatised all of us for absolutely NOTHING!

We need your moral support even more now than ever, if you can contact your MP and ask them to investigate our case and find out why and how this happened we would really appreciate it. I can’t help but ask, when will our family’s suffering end?