← International digital war on Trump and America is not over yet
What is in France’s draft law against ‘Islamism’? →

Billy TeKahika and Vinny Eastwood are back online after Facebook’s backdown and will be livestreaming the rally from Aotea Square, Auckland.

By TONY MOBILIFONITIS
A STORY airing rumours of a new COVID lockdown in New Zealand on January 15 and NZ Navy ships heading to the UK has apparently triggered a ban on the country’s leading alt-media commentator Vinny Eastwood. But Eastwood was back online on Friday after an “apology” from Facebook.

Eastwood and Kiwi political activist Billy Te Kahika of Advance NZ-NZPP believe the suspension of Eastwood’s two FB accounts was an attempt to disrupt an “ANZACS Unite” protest due for tomorrow, Saturday, January 9th, in cities and towns across the two trans-Tasman nations.

Eastwood is expected to livestream a gathering at Aotea Square in Auckland. But plans for a gathering in Brisbane’s Botanical Gardens has been disrupted by a three-day shutdown ordered by Queensland’s COVID dictator Dr Jeanette Young and her lapdog premier Anastacia Palaszczuk. But gatherings are still on at regional venues. 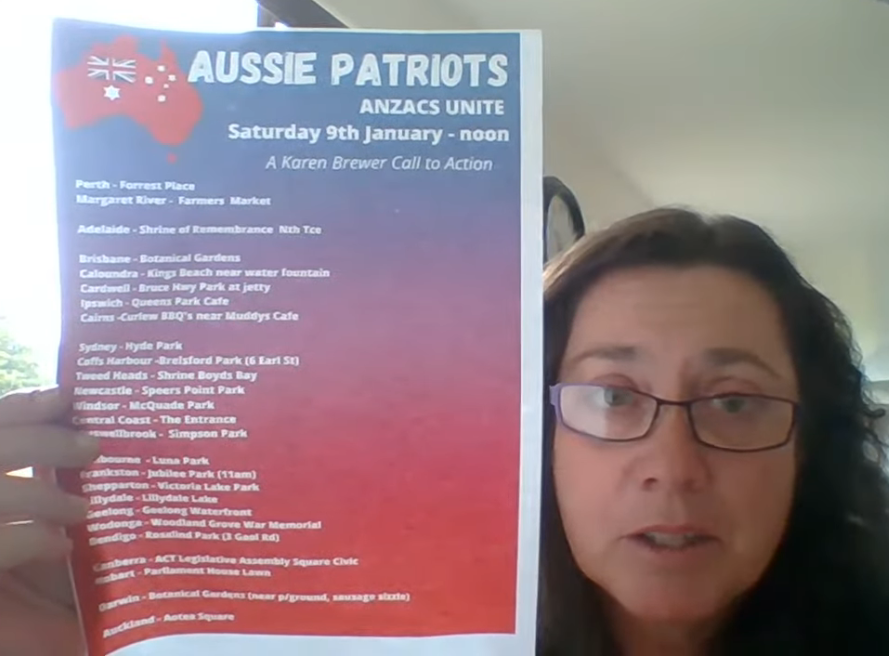 Billy TK warned social media was controlling free speech while pushing government agendas. “Social media are supporting the government narrative. Social media are interfering with everything,” Te Kahika warned. He said the social media channels had the complicit support of the mainstream media and supported the Ardern Labor government’s agenda. “They will cut people off at the knees who have any voice of dissention against the things we are fighting against.”

Billy TK’s concerns were echoed by Aussie freedom fight Karen Brewer, who urged people to get out and get to know each other. “Tomorrow, at all of these events, you need to bring all your loved ones with you – all your family, friends, work colleagues – anyone you care about.”

At this stage the rumours of a lockdown on January 15 are unconfirmed, although it’s claimed supermarkets have been told to stock up, one source told Cairns News. NZ navy ships sailing off to the UK seems highly unlikely. Tomorrow’s city rallies in Australia are also planned for midday at Sydney’s Hyde Park, Luna Park in Melbourne, the Adelaide Shrine of Remembrance, Forrest Place Perth, Parliament House, Hobart, Botanical Gardens Darwin.

← International digital war on Trump and America is not over yet
What is in France’s draft law against ‘Islamism’? →