Dangerous Dan should be tipped out on his head

As it is now conclusive that you are a communist to your bootstraps and care nothing for the people of Victoria, Australia or the economy of the Commonwealth of Australia, and are intent in following the dictates of your foreign handlers, particularly the Chinese Communist Party and its insane leader who wants to dominate the world, and as neither you nor your handlers have learned one thing from history, you must surely now realise from the correspondence you receive that your plans of subjugation of the people of Victoria and the Commonwealth of Australia have been doomed from the word go. Go back and re-read the histories of all the empires that have ever existed on this planet and discover what happened to them. 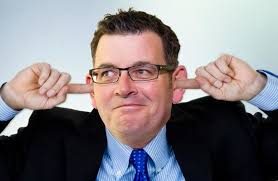 You need to understand that evil always destroys itself. A little following of history would have demonstrated that to you. You need to read “The Art of War” by Sun Tzu as your Chinese handlers should have told you to do.

I suggest you stop bullshitting Daniel as the current toll from the corona bacteria as published by the Main Stream Media and governments does not stack up. You need to keep your hand off it. The Italian health Authorities have proven that the corona problem is not a virus but an inflammation infection caused by the corona bacteria and it coagulates the blood and prevents oxygen circulating throughout the body and when the brain is starved of O2 for long enough you die. That is why we saw initial videos from Wuhan showing people walking down the street and falling over dead. No oxygen, no life. Get it?

A petition to remove you from any office of authority or influence over any person is in train and following hard on the heels of that is a Class Action to confirm such requirements.

Quite frankly you are not fit to hold any public office.

You remain our faithful servant, or should do,