The Separation of Church and State is fundamental to peace order and good government and is guaranteed by the Commonwealth of Australia Constitution Act 1900 and Ch III The Constitution, but a small minority, the Legal Profession who have as probably their most important clients, the Big Banks, with almost a quarter of the members in both houses of this Parliament scattered equally between the Liberals and Labor have compelled us to be members of a de-facto Church of Australia by compelling us to vote mostly for one or the other. With preferential voting one or the other ends up with our vote eventually. We have no lawyers admitted to practice representing the people in this House in the Pauline Hanson’s One Nation Party.

It is almost as if Lawyers have formed an alternate Compulsory Church or Cartel for want of a better name, The Church of Satan and the Latter day Demons. It writes its own Rule Book just like the Muslims do. Comply or do not come to our Court. It has Judges in Court both with capital Letters, and yet Justice McKerracher in Perth, either never did punctuation in school, or like the High Court did not issue process in the name of the Queen, does not understand the significance of a Capital Letter and one that has no capitals. In the Australian Constitution the words ‘court’ and “courts” appear twice without Capitals. The word “judges” appears twice, and this is supposed to guarantee the Separation of Powers, the power to judge from the Power to Administer a judgment. Merging the two in a Judge makes the separation of powers a joke. These houses, in S 2 Judiciary Act 1903 defines Appeal as any proceeding to call in question the proceedings, jurisdiction or decision of a Judge Capitalised or Court capitalised as an Appeal. We must ask Judge McKerracher what he does not understand by that Section. It looks like black and white law to me.

There is an Australian Style Manual published by the Commonwealth available from the Tables Office here. Perhaps it should be the basis of a Recall by Universities of every Student since 1973, for a new update on the Australian Constitution, for six months, so they can read and understand English as she is written in Australia. It clearly differentiated between a word with a Capital letter and one without. Because they have not really understood English when they graduated, none of the lawyers in this place in the last twelve years picked up on the contempt held for this place by the High Court for 12 years. Perhaps every Member and Senator should get and read a copy of the Style Manual.

Because they have not done so, the Australian Banks have made a profit of over 45 billion dollars in the past 12 months, and mocked the people of Australia in this place last week, while the Government has a deficit of around 38 billion dollars, entirely because the lawyers serving these Banks cannot read and write properly. The fraud industry relies absolutely on ignorance. Ignorance of the law is no excuse. I have evidence that 35 Billion dollars of Home Loans in Australia were reclassified as Investment Loans, so they could be called up to strip the assets of people who could not meet the much shorter time frames of Investment Loans compared to Homer Loans, which when called out by an unrepresented individual, at great cost, were switched back to Home Loans again. We have the black and white forgeries done by Bank Managers do do this, and how the Law Firms sacked lawyers who admitted this had been done.

Every day someone in distress comes to my Office. Many are contemplating suicide, because they see no hope. 27 a week successfully suicide, and we at Pauline Hanson’s One Nation want to give them back hope, and trust. Trust that what comes out of here means something. Hope that the words of the English Language mean something. Hope that the International Covenant on Civil and Political Rights: Published as Schedule 2 to the Australian Human Rights Commission Act 1986, will govern the Next set of Rules of Court in every court both State and Federal in every nook and cranny in Australia, or should I say in every Crook and Nanny. The Nanny State relies on lawyers and Crooks as Judges. Many lawyers from here have gone on to be High Court Judges. Barwick from the Liberals and Murphy from Labor come to mind.

We at Pauline Hanson;s One Nation stand for reform. God knows we need it. By asking the hard questions, and restoring the Separation of Powers to give every Religion a fair go, we want to make this wonderful country a land of hope and glory where fairness and honesty reign Supreme in every “court” without exception. The Queen represents Honesty and Integrity, In Victoria and my home State Judges no longer swear allegiance to Her. Some Judges have resigned in protest, but many absolutely dependent for their salaries on the State like McKerracher J, have stayed on, rendering service not to the Queen but some foreign unknown God invented by the United Nations. This why I called out the High Court. We cannot sit here owing Allegiance to a Foreign Power, so why should they be allowed to do so.

Writing to you appears to be a waste of time, but nonetheless I think you should listen to what I am about to tell you. In 1965 without a referendum as prescribed by S 128 Constitution the Parliament of the Commonwealth introduced Decimal Currency. In 1966 without a referendum courts of Judicature were abolished in Bankruptcy jurisdiction and Star Chambers introduced at the option of a Judge. ( S 30 (3) Bankruptcy Act 1966. One David John Walter of Herberton Queensland has been made Bankrupt in one of these Star Chambers probably by a Registrar. He says he cannot be made bankrupt for a Costs Order expressed in Australian Dollars. S 3 Australian Constitution, prescribes the Salary of the Governor General SHALL by paid in pounds. 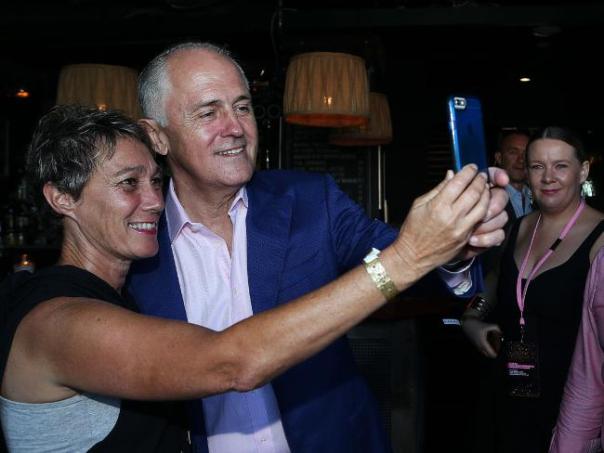 Since the Salary of the Governor General has not been paid in Pounds, since 1966, he argues that the Governor General has not been legitimately employed, and the whole system of Government has become corrupted by this error. He argues that NO Legislation since 1966 has been legitimately approved by any Governor General because none of them have been paid in legitimate currency. Notwithstanding that, the fraud industry in Bankruptcy must be addressed. I have been pushing for this since 1993, and made a vexatious litigant for continuing to do so. Telling the truth is vexatious to some.

By claiming No Jurisdiction the Federal Court of Australia has offended S 43 Crimes Act 1914, ( Cth). A measure introduced in 1914 and tested in the High Court in 1915, in Kidman V The King, to guarantee the integrity of courts of Judicature. This is what the Australian Federal Police Officer should point out and advise that this law is still in force, and has been increased to impose ten years jail on an offender. I am aware that the fertiliser will hit the ventilator over this. However I would advise a referendum to normalise the currency before embarking on the adventure of a Double Dissolution. Due to this endemic corruption I am dependent on the Age Pension. I should be a very wealthy man. Along with millions of others. I am very frightened of its ramifications, but no one should have to endure what I and David John Walter have had to put up with.