Fifth column of Muslim security guards right under our noses

Muslims take over Australian security companies. This allows them to be legally armed with concealable or long-arm firearms

In the last 3 years there has been a massive “beyond normal” rise in Muslim security companies and security agents, inclusive of gun license permits.

This also includes Government contracts for security services, however, if one was to look from an extremist’s point of view, this puts many weapons in peoples hands, gains control over most club security whereby it can assist drug sales and recruitment of Muslim converts. 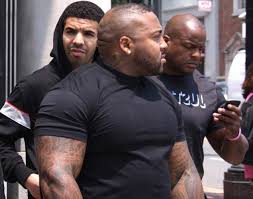 This problem was noted by a top level USA security agent who seems to be hushed up since raising this.

See too: Wikipedia of a duplication of what is occurring in Australia, whereby, Muslims have been given power to take over all general security company operations in which the media questioned as being dangerous.

This is at a time when the Australian Government has just allocated $18 million to place private security operators at schools to protect from terror threats, whereby it might be putting the greyhounds amongst the rabbits.

Last year 164 private security guards were struck off for committing acts they are employed to protect people from. However, the corrupt ones found a loophole in Queensland where now 80% of NSW security licenses were issued due to this loophole where these disqualified person’s criminal records are overlooked.

Look at major security firm Wilson’s, just the main page staff profiles indicate who is operating it these days.
http://www.wilsonsecurity.com.au/aboutus/ourstaff/Pages/ourstaff.aspx

But here are the real tell-tale signs of danger to this industry, where it factually indicates Muslim control. Here is the Western Australia licensed agents listing in which this extract is an unedited sample in order starting at “A”.

Hardly any non-Muslim names are registered, and such sudden turn-around in under 3 years, so how and why did this fast domination start?
As were the concerns in the USA about this type of infiltration, moreso getting government contracts having sensitive material access at a time when ISIL has said it will infiltrate this way, then our Governments need to start asking themselves serious questions on the risks of this sudden domination. And voters must pressure them on the same.