|OBSERVERS suspect George W. Bush could face charges of treason in front of a military tribunal and a possible death sentence after a note left his wife Laura and brother Jeb in a state of shock at his father George H. W. Bush’s (senior’s) funeral on December 5.

A series of videos at the Bush senior funeral clearly show how the former presidents, vice-presidents and others of the US political establishment received unexpected envelopes carrying as-yet unknown but obviously shocking news. 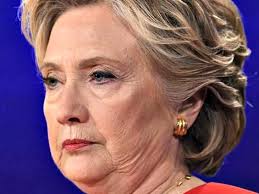 Hilary Clinton, the ALP pinup girl, along with others handed notices at George Bush’s funeral which are said to be be indictments for human trafficking. A military tribunal, according to sources, will begin hearing charges in January

Cardigan Jones of the RedPillBook channel has compiled three of the best commentaries on the video.

Trump’s Executive Order of December 2017 “blocking the property of persons involved in serious human rights abuse or corruption” means the Bush, Clinton and Obama families are now firmly in the sights of the “covert” military campaign behind the Trump administration to root out and prosecute the corrupt US “deep state” apparatus and its treasonous agenda to “globalize” America.

The first to display open-mouthed shock after opening the envelopes were Obama’s Vice President Joe Biden and his wife Jill.

Hillary Clinton read her’s with steely resolve and only revealed an uncharacteristic grimace while presidents Bill Clinton and Barack Obama appeared to be in some sort of denial.

Trump made it clear at the signing of the Executive Order that human trafficking was a major target of his administration.

The Clinton Foundation has been accused of trafficking Haitian children while Hillary herself is rumoured to have been caught on video in acts of satanic cannibalism involving a child.

The long-running “QAnon” or “Q” coded messages coming from within the Trump administration have long warned that the hammer is coming down on this “sick” deep state elite, whose activities have long been chronicled by numerous independent research websites such as Abel Danger. “Q” has been warning of The Storm coming to Washington, and it appears it has arrived.
https://www.youtube.com/watch?v=EqoQURY5BaA