FIREARMS Licensing matters being appealed to the Queensland Civil Administration Tribunal (QCAT) have more then tripled this year alone, costing applicants and Queensland Police more than an estimated $4m in legal fees and expenses. 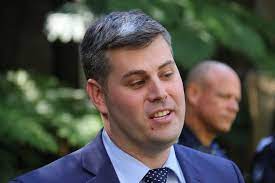 Queensland Police Minister Mark Ryan was an urban solicitor, schooled at Nudgee Catholic College in Brisbane. We doubt he has ever been near a farm or gone past the Sunshine Coast but he is allowing police to strip firearms from farmers and rural residents used by them as tools of trade

Research undertaken by Shooters Union Australia shows there are currently more than 500 firearms licensing matters before the tribunal as of March 2021 – compared to the approximately 200 in the entire period from 2009 to December 2020.

Shooters Union Australia president Graham Park said the situation was completely unprecedented and a number of the cases involved the organisation’s members.

“We’ve never seen anything like it, and it’s only getting worse,” he said.

“We have seen members having licence applications or renewals rejected for things which weren’t an issue even late last year, including one member who had had a Primary Producer’s licence for many years until Weapons Licensing suddenly decided they didn’t earn enough from the business and initially refused their renewal.
“The majority of issues we are helping our members with relate to licensing issues due to unrelated matters such as traffic offences, or historical misdemeanours with no relevance today.

Mr Park said Shooters Union research and analysis indicated the combined costs to applicants and Queensland Police Service was, conservatively, likely to be north of $4m this year alone.

“The solicitors representing our members advise us a fairly straightforward QCAT matter’s legal costs start at around $4000-$6000 for the applicant, and Weapons Licensing Branch’s costs would be at least that as well, since they have to pay lawyers too.
“Add in the various administrative costs for QCAT as well as the tribunal’s time and it is a truly worrying sum of money needlessly being spent because Weapons Licensing are choosing to make law-abiding firearms users lives difficult.”

He said the issue stemmed from a Queensland Audit Office report in Weapons Licensing Branch, which appeared to blame the state’s 200,000-plus law-abiding shooters for police administrative issues.
Mr Park said what was particularly frustrating was the apathy being shown by so many politicians to the whole situation.

“If the Department of Transport started refusing to renew driver’s licences because they didn’t think you needed a 4WD, or that you couldn’t be trusted with a car because you were in a pub fight as a teenager and made people spend millions of dollars fighting them in QCAT to get their driver’s licence, it’d be national news and the Minister for Main Roads and Transport would be facing calls to resign over the issue,” he said.

“That’s exactly what’s happening for law-abiding firearms users in Queensland and entirely too many people are just shrugging and saying ‘oh well’, and it’s simply not OK.
“Two MPs have already asked Questions On Notice in parliament about this issue so it’s not going away, and the sooner it gets sorted out, the better for everyone.”