Melbourne videographer and protest reporter Marty Fokker is nabbed by Victoria Police who are following the orders of their totalitarian Labor Party regime. 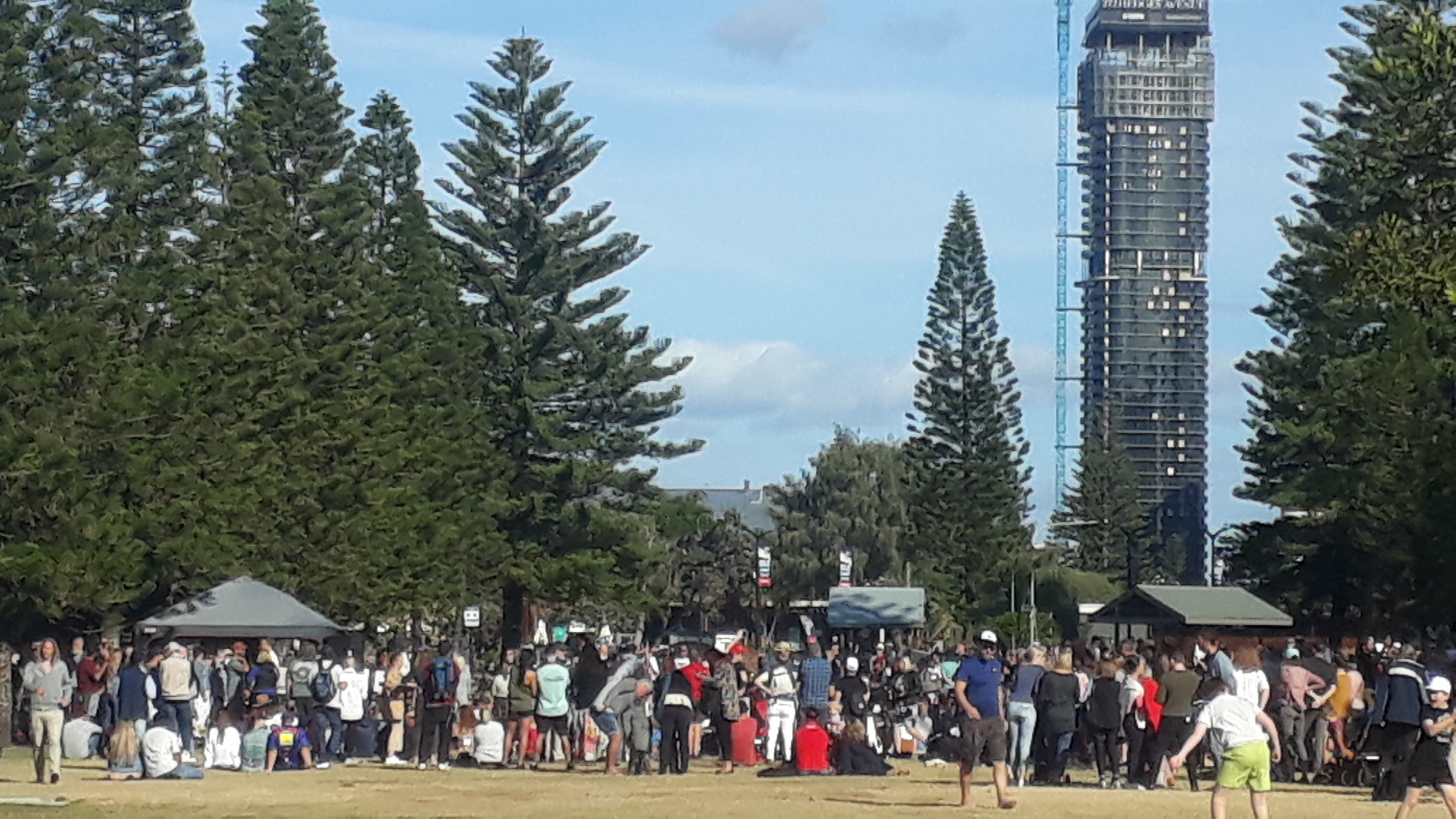 A big crowd gathered at Broadbeach on the Gold Coast to protest against the push for mandatory and coerced vaccination. BELOW: The message could not be clearer but mody politicians from both sides of the aisle have developed selective deafness and blindness.

Since March of 2020, you have displayed arrogance, criminality and a psychopathic behavior not seen in our recent history. You have destroyed thousands of businesses, jobs, lives and families with your corona hoax. You have terrorized the people into submission with your fake pandemic, traumatized our children and robbed the future of our youth. You have blood on your hands, literally. – Grievance of the Danish people against their political class (Alexander Bruce – Cairns News)

AUSTRALIANS came out in large, activated numbers yet again over the last weekend in May from Perth to Melbourne, Sydney, Brisbane and the Gold Coast, to fight for the same freedoms trodden upon by the EU-controlled state of Denmark.

As reported previously by Cairns News the people of Denmark have stated exactly what Australians now know about the criminally manipulated governments of Australia, and in particular the China-manipulated Labor Party regime of Victoria which last weekend singled-out individuals for night-time visits by police. Those visited were protest leaders and alt-media operators who were given “notices” not to attend protest rallies. Fancy that, an “order” from Victoria Police not to exercise one’s lawful right to attend political protest.

The outrages continued in the Liberal Party-run South Australia, where so-called “COVID safe” regulations are looking more and more like police state control every day. SA Liberals demand that businesses create a COVID-safe plan that “meets SAPOL (police) directions and health principles”. COVID-tracing apps are being used in supermarkets and other food stores in violation of the federal Privacy Act 1988, Sect 94H.

And then there’s the “COVID marshalls”, who are government endorsed snitches along the lines of the community-level spies in the former communist states of Eastern Europe and Russia, who control guest numbers and enforce social distancing and “frequent hand washing” at gatherings in homes, at places indoors or outdoors where food or beverages are traded, religious or faith-based ceremonies other than weddings or funerals, supermarkets and hardware stores, distribution centres, gyms and public pools, sporting clubs and “any operation which may be defined by the state coordinator”.

It’s straight out of the communist-fascist playbooks for government control of every activity in the community. It’s a recipe for empowering control freaks who don’t like hippies, anti-vaxxers, dissidents and the like.

In Melbourne Victoria Police tried to shut down Avi Yemeni of Rebel News and other non-mainstream media sources like videographer Marty Fokker, who was handed an infringement notice for violating his “notice” not to attend a rally. It’s pure legal shenanigans and Fokker demonstrated his utter contempt for the nonsense by burning his so-called infringement notice on the footpath.

This in turn attracted further attention from the regime’s goon squad who told him to move on again. Fokker did but was grabbed again a short time later as the cops scrambled to find an offence to arrest him for. They eventually decided on disobeying a move-on order and burning the ticket.

Meanwhile Yemeni was not going to buy into the VicPol’s ridiculous claim that only their accredited media outlets had the right to exercise their “privileges” such as reporting without a face nappy. The previous VicPol “program” including such a demand was dropped when Rebel News’ lawyers challenged them. Yes, we still have the rule of law in Australia, although some would dispute that.

Talk among freedom fighters who came out over the weekend was that the Melbourne lockdown is a corrupt ploy to seek an extension to Victoria’s and Australia’s so-called state of emergency status due for review on June 4th. It’s believed that vaccines that are not fully approved are only allowed in state of emergency use, hence the need for an extension.