If you thought Joe Biden would be the next leader of the Free World, either you haven’t been paying attention or you’ve allowed the media’s incessant gaslighting to dumb you right down, because the United States is now officially a banana republic.

Donald Trump was unquestionably the finest American President in the lifetime of any extant human being. He is a businessman, and when was the last time the United States elected a businessman as its head? No, not George Bush, he and his ilk are members of the elite, insiders and monopolists. Donald Trump is and always has been an outsider. He realised that whatever else a nation is, its economy is a business, and should be run as such, and when he took office, he began applying those principles. 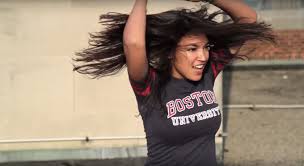 This woman,  Alexandria Ocasio-Cortez Democrat Representative, demonstrates the calibre of the Democrats

One thing he did was simplify the tax forms filled out by the self-employed and small businesses. In other areas he tore up red tape left, right and centre. Think of how much feather bedding and how many make-work jobs that destroyed. This alone was enough to earn him the enmity of the bureaucracy at all levels, but he vowed to do more than that. One massive and supposedly so controversial project was the wall between the US and Mexico. Left wing morons denounced it as racist; Chuck Schumer famously said walls don’t work, though he didn’t suggest Israel should demolish its “racist wall”. According to the Congressional Record of January 16, 2019:

“That border wall caused the number of people coming into Israel to drop from 1,800 a year to nothing.

There are other walls around the world. There is a wall between Jordan and Syria and Iraq that has been somewhat successful in keeping ISIS out of Jordan. The interesting thing about that wall, it was, to a certain extent, paid for by the U.S. taxpayer…Seventy countries around the world have walls. Ten countries in the EU states have walls. These countries are not building walls because they don’t work. They build walls because they do.”

Once again, only an American wall is “racist”.

Trump defended and strengthened religious liberty. Urban blacks in particular suffer badly due to a third rate education system, so Trump championed school choice that allowed parents to do exactly that. In spite of that, the moronic Alexandria Ocasio-Cortez claimed he was sending out “dog whistles” to white supremacists.

Trump initiated criminal justice reform, to some extent with bipartisan support in the belief that a man who has blotted his copy book or a woman who has made one big mistake should not be blighted for life.

His biggest promise though, one he fulfilled as best he could, was to build up the American armed forces so they could never be challenged while simultaneously withdrawing American troops from endless, no-win foreign entanglements. This angered a lot of people, those higher up in the military, and those who in seeming defiance of the broken window fallacy make huge profits from war.

The recent scenes in Washington have led Nancy Pelosi to call for him to be impeached for sedition. Sedition can be defined as “conduct or speech inciting people to rebel against the authority of a state or monarch”, which is precisely what she and the rest of her party have been doing since Trump took office.

There was the Russian collusion hoax, which we now know was the product of Hillary Clinton’s sick mind; there was the attempt to remove Trump from office for his bland phone call to the Ukrainian leader, claiming he was attempting to coerce him for political ends, something Joe Biden did openly and boasted about it to the CFR. And many more things besides.

Then there is the stolen election. It has now been proven beyond doubt that there was massive fraud in the swing states with dead people voting, Trump votes being dumped, and votes for Trump switched mysteriously to Biden. In the swing states and only in the swing states. The Supreme Court refused to hear any case in this connection, very likely out of cowardice, and where was the FBI? The answer to that question is that Christopher Wray may not be the second coming of James Comey, but he has certainly done everything in his power to cover up the massive corruption that extends from the upper echelons of the Democratic Party into the FBI and to some extent the other security agencies, and that in spite of the house cleaning that William Barr set in motion.

Literally dozens of people who are still making mischief should be behind bars, including Hillary Clinton who endangered the nation’s security by somehow transferring top secret information from secure Government networks onto the regular  Internet. Comey, James Clapper, and perhaps most of all John Brennan should have been indicted if not serving hard time for numerous crimes up to and including sedition. The affair of Hunter Biden’s laptop and Anthony Weiner’s before that show the extent of the financial and political corruption, yet now, barring a miracle, all this will be swept under the rug.

It isn’t clear exactly what will happen over the next few months, but the one thing that is clear is that Biden cannot possibly run the country, and Kamala Harris would run it into the ground. As things stand, America is finished, but Russia isn’t. There is now arguably more freedom and definitely less corruption in the Russian Government. Also, Russia hasn’t bowed to the ludicrous but toxic critical race theory or any other manifestation of Marxism or political correctness, and as long as Vladimir Putin or men of his calibre are in charge, it never will. How ironic is that?