“Indigenous writer says Aborigines were farmers “ (Courier Mail 25/5/19) writer Bruce Pascoe’s book ‘Dark Emu’ adapted for children is based on a nonsense theory without any substantiating facts. He refers to Sir Thomas Mitchell in the 1830’s who rode through nine miles of stooped grain, indicating aboriginal people were harvesting grain.  Nine miles really, where were the people to ‘stoop’ such a huge area and what species was it?  Far more likely the native grasses had been subject to a cyclone and were twisted into ‘stoops’ by the swirling winds, something a Pommie had never seen, it often happens in cane plantations and grasses today. Then claims the British destroyed the crops that’s why there’s no trace—rubbish. 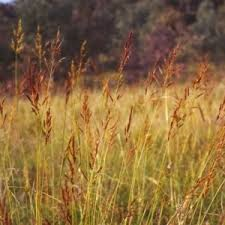 Lieutenant Grey came across yam pastures that reached the horizon, there are no yams here of such quantity, native yams are small plants, vines or shrubs.  Yams as in tropical areas or Taro have a distinguished large spade shaped leaves on long fleshy petioles often confused with native Conjevoi, Acasia brisbanensis, these poisonous plants do grow in very large areas.

As for his fish traps being of some outstanding feature, most country kids-built fish traps that years later were deemed aboriginal.  Rock walls or caves for shelter was because the ground was too hard to use sicks and there were no bushes to use as walls.  Another baloney faux history to mislead children.

Editor: What explorer Thomas Mitchell referred to is most likely one species of numerous native sorghum which grows naturally throughout northern Australia. Had large stands of this plant, which grows to one metre tall been wind-swept, it could give the appearance of being farmed. No such luck for author Bruce Pascoe who is trying to rewrite and uplift a “wretched race of people” as explorers of this era described Aborigines.

Aborigines did not practice ‘farming’ as we know it.  They did however perfect firestick farming by burning areas of native grasses thus regenerating more palatable grass regrowth attracting their major meat food source, kangaroos and wallabies.

Coastal Aborigines did build rock fish traps some of which remain in the far north today.

Bruce Pascoe should be thankful; if it were not for the dreaded whiteman he wouldn’t be here today.