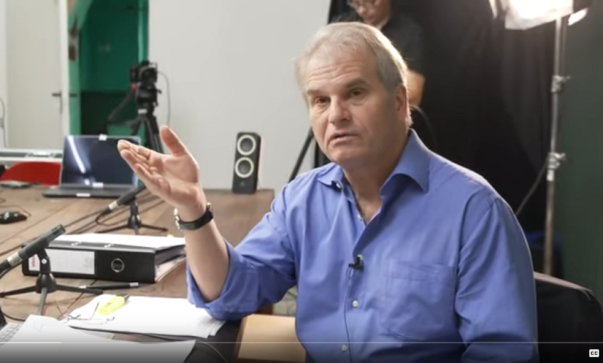 By TONY MOBILIFONITIS
REINER Fuellmich, the German lawyer who successfully led lawsuits against the corporate giants VW and Deutsche Bank, is about to launch lawsuits in Germany and the US over alleged false claims around the COVID-19 “pandemic” panic and the PCR test upon which it is based.

The lawsuit should be closely watched across the countries where fascist, totalitarian restrictions have caused mass economic disruption, unemployment, small business losses and person mental and physical harm. PM Scott Morrison, the premiers and the high-flyer health bureaucrats calling the shots need to be watching this closely too, for obvious legal reasons.

Dan Andrews’ armour-covered goons chased protesters into the Victoria Markets in Melbourne to enforce his COVID fascism. Lawsuits on the way Danny Boy?

“That is the tool they’re using to keep people in panic mode. And there’s no basis for this panic, because as I just pointed out, even according to the WHO, which couldn’t escape the conclusions of (Professor) John Ioannidis (of Stanford University) that mortality or lethality is roughly the same as the common flu.”

Fuellmich features in mini-documentary called Planet Lockdown, which outlines the case and its development over the past year. He says a number of lawsuits will be filed, from Germany first and then the US. Respondents will include Richard Wheeler, a principal investigator at Oxford University and virologist Christian Drosten, who on January 23rd, 2020, along with other virologists in Europe and Hong Kong, published a workflow of a real-time PCR (RT-PCR) diagnostic test, later accepted by the WHO, which sent test kits to affected regions worldwide.

Fuellmich says Drosten and some of the others will be held personally liable for damages “because they’re the ones that lied. They’re the ones that stuck their heads out too far. They’re not doing this on their own, they’re making money with it of course, but somebody else is pulling their strings like Klaus Schwab (head of the World Economic Forum), Bill Gates who are lurking in the background so to speak.

“But we have to start somewhere and the intention here that we think is important here, is to uncover the whole thing – to use what we’ve learned through the Corona Committee, to use these pieces of evidence and the experts that we’ve heard in order to convince a court of law that this is a staged pandemic and that there’s other goals and other people behind this who are trying to push completely different goals. This has nothing to do with the world’s health.”

Asked how the staged pandemic operation worked, Fuellmich said they didn’t know, but the evidence would take them there “in particular if we take advantage of the Anglo-American judicial system”. “In order to win this case against Drosden, we don’t have to know who’s behind him, we know, we can see that there’s people behind him because he’s just not smart enough to pull this off by himself and neither is Wheeler.”

Fuellmich said the lawsuit would not concentrate on “the operation” but rather on the allegation that the respondents lied in telling the general public that PCR tests can tell us something about infections. The mini-documentary with Fuellmich can also be watched in three parts on Twitter: Part 1, Part 2, Part 3.