By 2030, the UN plans for each person to have a biometric identification, which will be approved worldwide. The information of every human being will be stored in a universal database, located in Geneva, Switzerland.

The organization of the United Nations is addressed to all the governments of the world, which impose the “Universal Biometric Identification” card to its citizens. “This new program is a model for the” New World Order “, and if you enter the subprojects for these new global goals, you will find things very alarming,” reports The Economic Collapse. 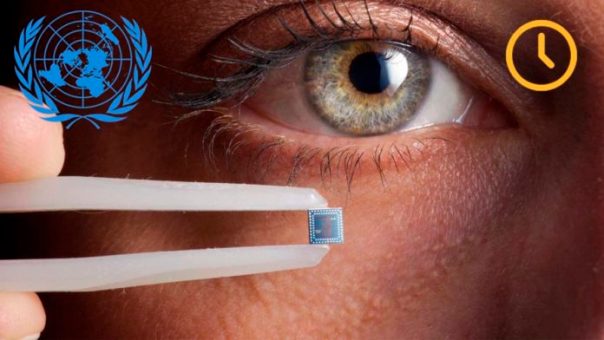 The microchip is coming. On which part of your body will you have it implanted?

The United Nations has implemented this project among refugees who have arrived in Europe. The system collects the face, the iris and the biometric data from the fingerprints, settling in the only official documentation for refugees.

The information will be sent to a central database in Geneva, allowing in practice its follow-up.

According to the Find Biometrics report, the authorities hope that this technology will enable them to achieve the goal of having this kind of identification for men, women and children on the planet, within reach of their hands in 2030.

This development initiative was originally launched by the World Bank, which works with the UN and other institutions to achieve “legal identity” in the hands of all. The goal is to ensure a legal and unique identity by enabling digital ID-based services for everyone.

“What would happen if someone refused this new system of” legal identification “, would undoubtedly disqualify him from taking a job, obtaining a new bank account, requesting a credit card, obtaining a mortgage, receiving any form of government payment, etc. Anyone who refused to take a “universal ID” would become a despised society, “said Michael Snyder.

“What the elite wants is to make sure that everyone is” in the system “that they control and manipulate for their own ends, which is one of the reasons why you are discouraging the use of money all over the world,” concluded Snyde.