Thomas Wictor recently switched from a podcast format to a slide show format, in his never-ending quest to boost our morale.

Although you don’t realize this at the beginning, this piece is about the November 10th Special Operations Forces raid of the CIA hacking center at the US Consulate in Frankfurt, Germany, which he suggests had been planned since 2017 and which was led by the now-Acting Secretary of Defense, Chris Miller. 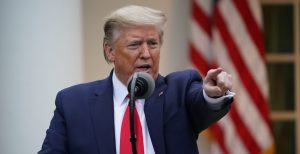 Trump browbeaten by treacherous White House lawyers who advise him to concede in spite of General Mike Flynn and counsel Sidney Powell telling Trump he can and will regain presidency (open Patrick Byrne link above for this historic, revealing, meeting commentary)

Shockingly, Mike Pence was apparently involved, based on the emotional statements made by Miller, seen here during the first time they were permitted to speak with one another after the mission.

Miller refers to the “The most complex military operations this country has ever conducted,” and he thanks Pence for his leadership and his mentorship. (What? Mike Pence?)

Wictor then explains that Special Forces is about more than just the most physically-fit and best-trained warriors on the planet. Since 2017, it has developed initiatives to use battlefield evidence in criminal justice prosecutions, creating what Wictor describes as the Gold Standard of evidence-gathering, especially of digital intelligence, which is not what typically comes to mind when one thinks of USSOCOM.

He briefs us on such an operation, declassified in 2016, in which a target server was located and how Special Forces created a wireless network near the building housing the server, allowing them to do a communications sweep all of the data from the devices connected to the server and to broadcast all of that data to a nearby military aircraft. He says it may have involved equipment we’ve never heard of, like a swarm of nanodrones that could have done all of this work while surrounding the building.

Wictor then asks, “Can you see now why the Delta Force DID NOT seize any servers in Germany? It wasn’t necessary.”

WE HAVE IT ALL

Moreover, if the Dominion Voting Systems at any point connected to the Internet, that means the NSA has it. They have EVERYTHING, every cell phone text, call, email, video, vote switching, EVERYTHING!

Wictor then plays a snippet of Trump’s Christmas address, in which he says, “It’s going to be a great year,” which Wictor takes to mean that Trump will make a presentation to us before January 1st, echoing the claims of our CIA Fren, that “Trump will be making a speech the last week of the month. He will outline in great detail what happened and that the CIA and others switched those 7 million votes and then sit back and dare Congress to give the Presidency to Biden. His supporters will be in Washington and even the Democrats will panic and cross the Rubicon to support Trump. It will be glorious. Now enjoy Christmas and get ready the happiest New Year in history.”

Some people were down yesterday evening because the Vice President, in his capacity as the President of the Senate didn’t “play the Pence Card”, in rejecting the current slate of Electors.

Being that he is legally and Constitutionally prohibited from receiving electoral votes from the six fraudulently-certified states, his doing so would put Pence in violation of the Constitution. They wanted him to force those states to have their legislatures choose a set of delegates they believe will best represent the state’s election results.

Is the evidence from the Frankfurt server raid so complete and so damning, that this is why Pence didn’t bother playing the “Pence card” and that Trump is so impassive and amused by the antics of his CCP-blackmailed staff, as they desperately try to force him to concede?

IT WILL BE BIBLICAL

“Well ladies after his two most recent speeches and his last two tweets tonight do any of you trannies or…democrats and thugs have any doubt. Told you it was coming. He knows everything and the ass raping he gives the Democrats…will be biblical. Sh*t he is even ass raping the Republican Party. Good for him. Now f*** all of you degenerate Democrats, Chinese Communist Pedophiles, and Deep State thugs in the ass and the folks that can still think have a Merry Christmas. The third act is here you glorious mother******s and well shit I will just hide out here and watch the sh*t shows of all sh*t shows and watch the hangings on ONN, since most of the the other networks will be shut down and Don Lemon will be hanging from a tree at the White House. What a time to be alive…Shit what a show. By the way I missed the Assange pardon by a few days but it is on and Assange is going to drop some truth bombs about Seth Rich. Sh*t this is funny.”

Last week, Tore Maras had said that Patriots, like Patrick Byrne, Patrick Bergy, Scott Bennett and herself, who had descended on DC to provide their expertise to Trump’s lawyers were being allowed to help but that it wasn’t really necessary because “They’ve already got this,” presumably, meaning the NSA, USCYBERCOM and USSOCOM.

Australian law-enforcement has been exposed scooping metadata from thousands of mobile phones of ordinary citizens, using the same kind of equipment and methods previously attributed to US police and intelligence agencies, like the NSA and FBI.

A US-invented technique dubbed ‘tower dump’ is now enabling Australian police to learn the exact location, established contacts and duration of calls of a chosen mobile device (and its owner) over a certain period of time, Fairfax Media reported. 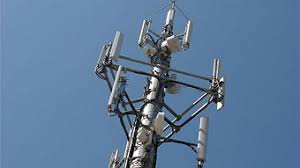 Police doing ‘tower dumps’ by collecting the whole haystack to find the needle. Police can make a minute by minute history of where you have been and with whom you have talked.

“It’s another example where [agencies] are collecting the entire haystack in order to find the needle,” Greens Party spokesman for communications Scott Ludlam told Fairfax in an interview. Senator Ludlam confirmed that this is the first known case of tower dumps practice in Australia.

This information is called metadata and generally speaking it does not give access to personal conversations and texts. Yet police can make a minute by minute history of where you have been and with whom you have talked.

The USA Today claimed last month that police cannot use ‘tower dump’ to overhear private calls or read text messages, yet can always request “additional data about individual lines,” which could be understood equivocally.

A phone company’s data storage center receives metadata from each and every cell tower and records all activities of any mobile device to store it as long as needed, which it seems is indefinitely, while police can request the data when there is a need.

Human rights advocates in the US already questioned why would police want to keep under surveillance everyone while hiding behind pretext of fighting criminals more effectively.

“What we’ve seen with other techniques like this is there is no requirement to destroy the material that is collected incidentally after an investigation is complete,” Ludlam said.

Police in the states of New South Wales and Victoria, and the Australian Federal Police all declined to comment on their “operational capabilities”, “police methodology” and “technical capabilities.”

Fairfax Media managed to learn that “tower dumps” are a common investigation tool of NSW Police.

In the meantime some phone companies confirmed to the media outlet that tower dumps “occurred.”

“A request for non-content information on the use of a particular tower during a specified period of time may be lawful under certain circumstances,” a Telstra spokeswoman said.

Considering thousands of users are affected by tower dumps, Ludlam argues that they should count for the number of those who are affected.

According to a report of the Attorney-General’s Department, in 2012-2013 Australia’s law-enforcement agencies made approximately 330,000 requests for personal metadata. The report does not specify, though, whether metadata requests from tower dump have been included.

There is another no less impudent technology enabling police to intercept private data from mobile devices called StingRay, produced under various brands, such as Amberjack, KingFish, Harpoon or RayFish.

The StingRay technology turns a regular patrol car into a ‘tower dump’ has been known for several years now and is very popular among various American intelligence and law enforcement agencies, reported USA Today.

A portable device the size of a suitcase, reportedly worth as much as $400,000, is mounted in a vehicle equipped with a special antennae and acts as a fake cell tower, spreading its net in search of those involved in criminal activities.

Any cell phone or a smartphone is constantly searching for the nearest cell even if it is not used. When it connects to StingRay it gets the ordinary service, but police officers sitting in the patrol car automatically harvest the data from the connected private cell phones and see it already translated on a laptop connected to StingRay.

Neither the connected mobile device nor its owner would notice any difference.

But former NSA contractor Edward Snowden’s revelations about global surveillance conducted by the US suggest that recording all possible phone talks and messages is an ordinary practice at the NSA.

If law enforcement needs to know what you talked about some time ago – they simply get a warrant and demand the telecom company provide them with this data.

The goat rodeo we’re seeing in US Congress, with AG Barr being held in contempt for refusing to break the law, with the calls for Trump’s impeachment and the Mueller Investigation, itself – all have been distractions being thrown up by Deep Staters to divert attention away from the many crimes of the corrupt establishment, not the least of which is Stasi-like secret surveillance system called “The Hammer” that spied on millions of Americans, including Donald Trump.

“The Hammer” was created by CIA/NSA/FBI contractor-turned-whistleblower Dennis L. Montgomery for the Obama Administration’s CIA Director John Brennan and Director of National Intelligence, James Clapper. James Comey was aware of this since at least August 19, 2015, when Montgomery gave 47 hard drives alleged to contain over 600 million pages of documentation to his office.

As Sean Kerrigan from the SGTReport says here, “When Dave Janda reported about it with General [Tom] McInerney on March 19th, 2017, including the fact that John Brennan and James Clapper were deeply involved with Barack Obama in operating The Hammer, as a means of leverage and blackmail, the Deep State panicked in their effort to prevent attention to the story about The Hammer”. 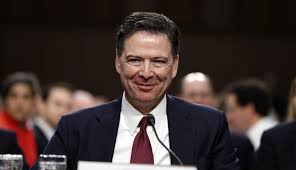 The very next day on March 20th, James Comey went public to tell the American people that the FBI was conducting an investigation between the Kremlin and the Trump campaign in a counterintelligence probe that could reach all the way to the White House and could last for months: The birth of the Big Lie, the phony story, the shiny thing to divert attention away from The Hammer.’

“James Comey went public on March 20th, the very next day, to tell the American people that the FBI was conducting an investigation between the Kremlin and the Trump campaign in a counterintelligence probe that could reach all the way to the White House and could last for months: The birth of the Big Lie, the phony story, the shiny thing to divert attention away from The Hammer.”

Comey perjured himself on March 20, 2017, when he announced before the House Permanent Select Committee on Intelligence that the FBI Counterintelligence Division had “no information” to support Trump’s tweet claiming that President Obama had “wiretapped” him. Dave Janda says, “Right then and there, he goes to prison.”

Montgomery’s 600 million pages of documents show that for more than four years before the 2016 election, four contractors working for the Obama Administration’s FBI illegally surveilled American citizens. Moreover, the FISA court has now been made aware of this and has communicated their findings to the Justice Department.