← Trump wins but must fight to expose massive Democrat vote fraud
Why Trump Will TRIUMPH in PA and WIN the ELECTION!!! →

Vote fraud in Pennsylvania caught on tape by undercover journalist 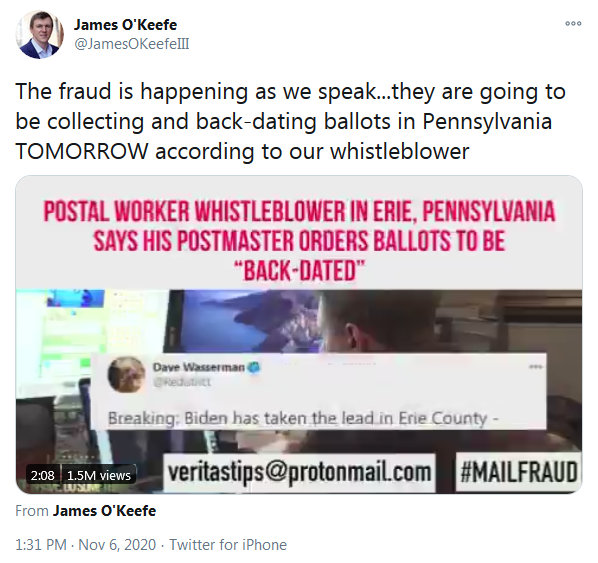 James O’Keefe of Project Veritas talks to a US Postal Service whistleblower.

This time O’Keefe has recorded a whistle blower in the key state of Pennsylvania saying on November 5th his supervisor was told to backdate late mail-in voting ballots to November 3, the deadline day for legal postal votes. As noted by President Trump’s personal attorney Rudi Giuliani, Pennsylvania has a notoriously corrupt voting system used to keep Democrat state, county and federal politicians in power.

O’Keefe and his team have exposed numerous cases of voter fraud including vote buying and vote tampering, particularly in Democrat-run states. But mainstream media both in the US and Australia has been repeating the talking point about “unfounded election fraud claims”.

Only the most naive observer would try to claim that all elections are free and fair, but the narrative around elections in western nations is that they are always run above board. As Cairns News has shown in numerous articles, this is simply not true.

← Trump wins but must fight to expose massive Democrat vote fraud
Why Trump Will TRIUMPH in PA and WIN the ELECTION!!! →