Today Cairnsnews received information from a One Nation source in NSW that the wife of Aljazeera Muslim spy Rodger Muller had been charged by police with 46 fraud offences.

Muller is the scumbag who released the covert footage of One Nation members Steve Dickson and James Ashby aided and abetted by the left-wing of the ABC Four Corners program which broadcast the private conversations of private people at a social gathering, being representatives of a political party. 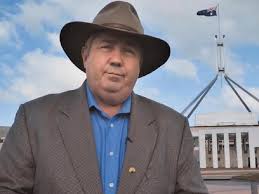 Readers have asked how long Muslim spy and Islamic sycophant Rodger Muller will survive after his shocking betrayal of friends and politicians.

In talks with the National Rifle Association in the US, the two One Nation members were secretly recorded by Muller while asking the NRA for a donation. Big deal. Its a shame they didn’t get it. They might have been able to get rid of the ABC and Greens.

During WW2 spying for the enemy attracted the death penalty in Commonwealth countries, US, Germany and Japan. This grub should get the same treatment.

If Mrs Muller has had her fingers in a till somewhere then ten to one her husband Rodger would be aware of her crimes.

Aljazeera is a company owned by the Saudi Government therefore the operative Mueller is an agent of a foreign government and should be prosecuted by Australian authorities as such.

The hypocritical outpouring of rage by politicians is remarkable because the Liberal and Labor Parties get millions in donations every year from international banks, insurance companies, mining companies, media conglomerates(Newsltd) and a host of other donors.

Not forgetting the communist, activist organisation  GetUp started in Australia by Labor Opposition Leader Bill Shorten on whose board he used to sit.

GetUp is well known for getting substantial financial support from the left wing money market manipulator and billionaire George Soros.

Soros and Hilary Clinton  have financed a number of dissident mobs in the US trying to bring down President Trump.