Prime Minister Scott Morrison is fighting for political survival in the wake of the Christchurch shootings.

The Liberal Party is acutely aware of the electoral stranglehold the huge Muslim communities in Melbourne and Sydney have over the party duopoly.

Being a born-again Christian, Morrison will be forced to pander to every whim of Allah until the election is over. 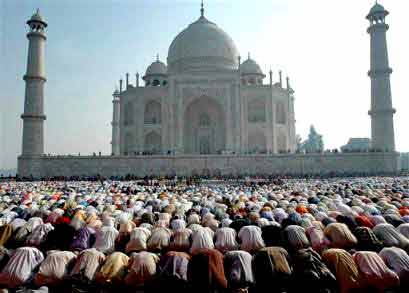 Thanks to the flawed immigration policies of the ALP starting with that horrible, wife-bashing, Islamic sycophant PM Bob Hawke in the 80’s and followed by every PM ever since, the Liberals now have to suck up even more to Muslims and their incompatible Sharia law.

Cairnsnews does not support gun massacres in any shape or form but the labels applied by the Australian media need to be monitored as the left wing of the ABC, Newsltd and Fairfax continue their offensive against Christians.

Brenton Tarrant, the alleged Christchurch shooter is a grub but who knows what Manchurian Candidate-type conditioning has driven him to carry out such a terrible rampage.

The video of him shooting up a mosque which he purportedly released on the internet, is, according to some of our younger readers, simply a grab from a video game.

Alleged Port Arthur shooter Martin Bryant had been indoctrinated as a sleeper, albeit with an IQ of just 66, at the notorious UK Tavistock Institute.

Who knows which spook agency had gotten to Tarrant during his extensive overseas trips with no means of financial support over the past six years.

Where in hell was ASIS or are they a part of it?

Perhaps it was Turkish Muslims who organised the hit at the Christchurch mosque? Tarrant made at least two trips to Turkey. A security check on some of the victims could be interesting.

Tarrant, in his manifesto, has stressed his affinity towards The People’s Republic of China and it seems his political allegiances lie with Communist China and is not a white supremacist as suggested by Australia’s false news agencies.

It seems a million Muslims across these southern electorates have signed an alleged petition calling for Senator Fraser Anning to be sacked from Parliament.

Like most politicians these Muslims are completely out of touch with the electorate. It would come as no surprise to Cairnsnews if Anning is re-elected, barring voting fraud, to the senate at the next election.

Why don’t security agencies get copies of the Koran taken down from the internet? This move would be far more effective in quelling the anti-Sharia law sentiment among the majority of Australians than security agencies jumping all over individual privacy by monitoring hundreds of thousands of Facebook accounts and telephones all to no avail.

The Koran after all is a manifesto of hate.