Scientist Ginny Silcox joins Justin Nemos to talk about Directed Energy Weapons, the World Trade Center Towers and the California fires. This is a very interesting conversation, that deserves that one set aside some time to listen to it.

Silcox has been in electromagnetic compatibility research since the 1980s. She says when most people think about electromagnetic frequencies, they don’t tend to think about it having any physical effects. She reminds us of the old Memorex commercials, when the singer hit a note that was the same pitch as the resonant frequency of the wine glass, causing it to vibrate uncontrollably and to shatter. She says that in a nutshell, this is how the World Trade Center Towers were vaporized (!) 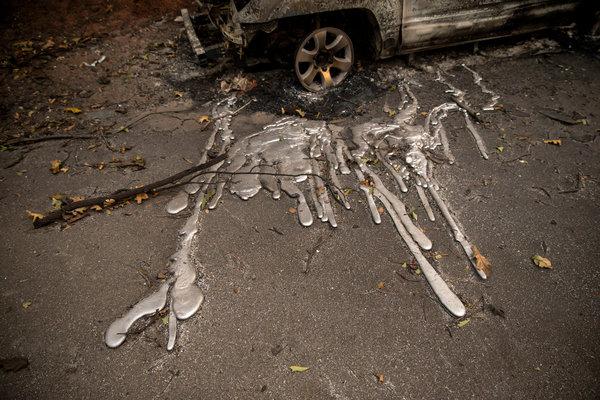 She reads from a science book by physicist Paul LaViolette, about how different kinds of materials respond differently to microwave frequencies and says that this explains the pronounced anomalies seen in the California fires, whereby houses were pulverized and trees directly beside them were quite unscathed.

Silcox reads from the book again, describing an experiment with a focused microwave beam and she says, “Here, I have been in the sciences for all these years and now I’m reading what they were doing with it all along that I had no knowledge of and and I can understand it and I find it thoroughly frightening…

“Basically, what I’m describing is something that can part us out, molecule by molecule.”

Silcox gets into detailed scientific descriptions of the EM spectrum and different kinds of EM and what may be happening, including the blue beams people have reported seeing in the California fires.