Tribal elders from the troubled aboriginal settlement of Aurukun on the western coastline of Cape York Peninsula recently threatened a landholder to vacate his large Pastoral Holding within a week or they would take it over.

“Get off our land,” demanded the elders.

The landowner was able to persuade a Landcruiser load of blackfellas at the front gate of his homestead to leave after he explained their attempt to seize his property was futile.

He asked for receipts showing where the elders had purchased the property which he said was not on the market in any case. None could be shown. 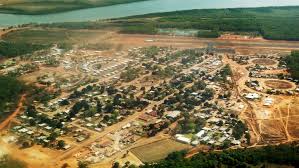 Aurukun council has employed a livestock contractor presently mustering their vast coastal reserves selling off cattle which the council claims to be theirs.

During the insidious and unnecessary BTEC (brucellosis and tuberculosis eradication campaign) program in the 70’s and 80’s all cattle were removed from Cape York including Aurukun by mustering or aerial shooting. Aurukun has not owned any cattle since then.

In shades of South Africa, where the government recently passed laws enabling its 50 million black inhabitants to remove farmers from their generational-held land, the militant Aurukun mob seem to be running an illegal copycat operation.

Years of conditioning beginning with the socialist former Prime Minister Bob Hawke in the 80’s drumming into blackfellas’ heads, ‘you own the land’ has bred a generation of wanton bludgers across the nation most of whom survive on ‘sit down money’ aka the dole.

The Aboriginal industry now costs the taxpayer more than $30 billion a year. Newspaper photographs in stories about billion dollar handovers of former pastoral land to pseudo- blackfellas have infuriated taxpayers because in many cases the lucky recipients appear to be white. 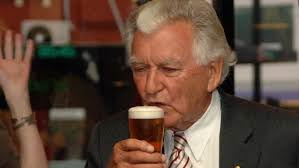 This beer-swilling socialist Prime Minister Bob Hawke can be blamed for the economic blight of vast land claims and grants and our immigration problems. He still sucks on the public teat.

To most inhabitants living north of Rockhampton ‘poor blackfella me’ does not wash.

This recent attempted land seizure near Aurukun was not the first time blackfellas have threatened leaseholders with violence to remove them from their properties.

Twelve years ago the Nixon pastoral family which  held Shelbourne Bay holding on Cape York for 45 years, the home of the world’s largest deposit of pure silica sand estimated to be worth some $5 billion, repeatedly had shots fired over their home during an offensive by local militant blacks before the State Labor Government Premier Peter Beattie had the family evicted.

This holding last year was handed over by the State Government to the Wuthati clan, which legal sources claim is the wrong group.

The late Eileen Nixon, in her position of Native Title researcher for Agforce, had clearly proven 25 years ago there were no living descendants or relatives of the original tribes which inhabited Shelbourne Bay.

The ongoing ‘number one claim’ set to take over any land on Cape York which has not yet been claimed has divided tribal groups resulting in claims and counter claims being thrashed out in the courts, lining the pockets of dozens of lawyers with large amounts taxpayer’s money.

In sham proceedings allegedly on behalf of numerous individuals, some dead, others which don’t exist, closer examination will reveal the claimant, the Cape York Land Council wants all of the pie.

The beneficiaries of this divisive claim ultimately are the Pearson brothers and CYLC chairman Richie AhMat.

Such is Aboriginal politics which has occupied the courts for decades to carve up the white man cake for the benefit of a few.

The socialist United Nations has a lot to answer for Australia’s immense problems. Is it any wonder US President Trump has defunded the UN and most likely will pull out altogether from this blackfella controlled paradise of milk and honey.