He has received the same scurrilous treatment as his colleague, the late Professor Bob Carter who also made public the incredibly erroneous and false science behind global warming and its alleged deleterious effect on the Great Barrier Reef.

Both academics questioned the veracity of research and the alleged reef destruction claimed by the leftist academic junta at the Cairns and Townsville campuses.

Both were ostracised and censured for attacking the ‘dodgy’ science which the university academia continuously bleats with the aid of the ABC in order to keep the state and federal grants lining the coffers..

The nitwit PM Turnbull pledged $500 million in the budget to appease the green Mafioso in the hope of sidelining some Green votes and in an effort to keep local federal Liberal member Warren Entsch in the seat of Leichardt.

Both academics for some years have stated almost categorically, ‘there is nothing wrong with the reef’ and ‘climate change’…… is bloody nonsense. 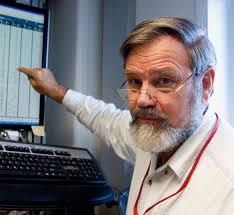 The late and esteemed Professor Bob Carter many years ago disproved the global warming and climate change hoax but was ostracised by his socialist peers and disowned by JCU Townsville.

A crowdfunding page has been re-opened for Professor Ridd’s mounting legal costs. His comments appear below:

Just an update of my battle

On 2 May, 2018, I received a letter from James Cook University (JCU) terminating my employment. JCU have sacked me because I dared to fight the university and speak the truth about science and the Great Barrier Reef.

Shortly after I went public with the GoFundMe campaign to which you donated in February the university presented me with a further set of misconduct allegations, which alleged that I acted inappropriately by talking about the case and have now ended my employment.

I will be fighting their employment termination, alongside the original 25 charges behind JCU’s ‘final censure’ last year.

As a consequence of the sacking, and the new misconduct allegations, my legal costs have substantially increased. JCU appears to be willing to spend their near unlimited legal resources fighting me. In the name of honesty and truth in science, we must fight back. We have an excellent legal team and are confident that we can win the legal case.

I feel extremely indebted to all those who have given so generously. I was blown away by the number of people who supported me, and I had hoped that more funding would not be necessary. Sadly, however circumstances have changed.

I have contributed another $15000 of my own money, in addition to the $24000k I have already spent. However, based on the growing complexity of the case, we will need to raise an additional $159000. It is a bit frightening, but we have reopened the GoFundMe site to receive more donations.

You have already contributed generously so all I ask of you is to help spread the word to expand the number of people who are helping.

I know there were many who were unable to donate the first time – including my own Mum – due to the speed we reached the original target of $95K.

For additional background on all the new allegations from JCU, I have uploaded all the documentation so that you can judge JCU’s allegations for yourself if you wish. https://wordpress.com/page/platogbr.wordpress.com/223

In summary, JCU (1) objects to my criticism of the earlier allegations; (2) criticised my involvement with the Institute of Public Affairs; and (3) objects to me not remaining silent. The facts of the matter are simple: (1) the earlier allegations were an unreasonable infringement on my academic freedom, I was well within my rights to criticise JCU; (2) I have never been paid by the IPA, other than some initial support for my legal case and reimbursement for flights and hotels related to speaking arrangements which is normal academic practice; and (3) I am well within my rights, as stated by my employment agreement, to speak publicly about disciplinary proceedings.