Katter calls for ban on Muslims 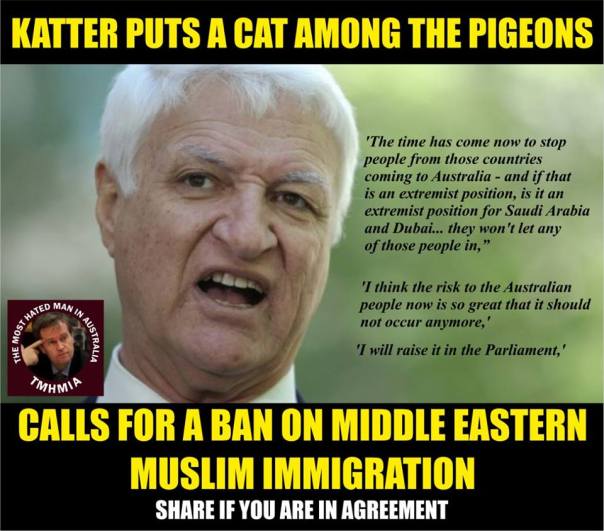