Mad Islamic kills 84 with a truck at Bastille Day celebration

A large truck laden with guns and ammunition today careered through crowds in Nice as they lined the streets for Bastille Day festivities, killing 84 and injuring another 100, some critically.

Onlookers reported shots coming from the truck cabin before the driver was shot dead by police.

While more mass killings occur in France and the horror of Middle East carnage continues in the name of Islam,  Liberal, Labor and their bedmates the Greens blunder on blithely unaware that such an incident could occur tomorrow anywhere in Australia. 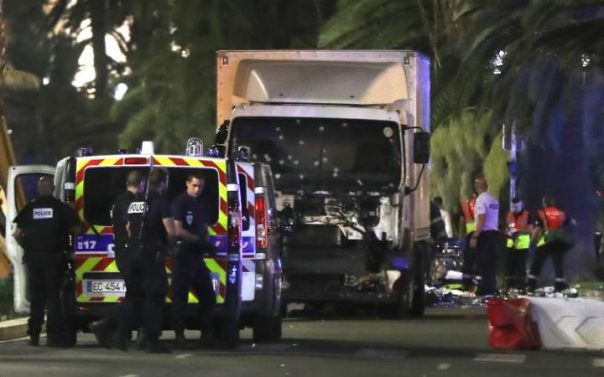 Much of the Australian community was outraged at Prime Minister Malcolm Turnbull’s public endorsement of Islam by supporting Muslims celebrating Ramadan.

The poor 2016 election result for the Liberal Party and the election of Pauline Hanson to the senate demonstrates the general dislike of extreme Muslims by Australian society.

The trilogy’s united support for Islam flies in the face of the majority of the Australian population.

While Europe burns, Turnbull, Shorten and Di Natale will soon welcome another 15,000 Muslim refugees into Australia after the leaders were bullied  by the United Nations.

“From my family to yours, Ramadan Mubarak ” Turnbull wrote on his Facebook page.

Turnbull’s Sydney electorate of Wentworth reportedly is controlled by Muslims who command more than 15 per cent of the vote. 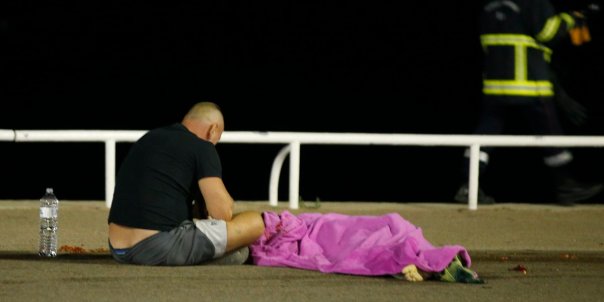 A parent sits beside the body of his child after being run over by a mad Islamic in a truck laden with guns and grenades in Nice, France

Pauline Hanson along with some of her senate candidates will visit Cairns on Saturday, July 16 to take part in a rally at Gordonvale against the Labor party’s  widely-hated vegetation management laws due to be debated in State Parliament in August.