The Federal Government’s Northern Development legislative program could take a hit should a double dissolution election be called on July 2. The Government has pledged $5 Billion for development from the Kimberley region in Western Australia to eastern Cape York Peninsula. The enabling bill to secure this massive project could stall and not be presented at the next Parliamentary sittings.

Agriculture will be the main beneficiary of the long sought after strategy with large-scale irrigated cropping projects to be funded on a 50-50 basis, starting at $50 million.

The CSIRO has been charged with mapping the areas of arable soils across the north, already identifying 16 million hectares, about 5 per cent of the total northern land mass.

The notion of Northern Development and large scale irrigated farmland has been around for decades but its main proponent in more recent years has been Kennedy MP Bob Katter.

He says the Government must get the bill through Parliament before the election, because he did not trust the Labor Party to continue with the scheme should it win on July 2. 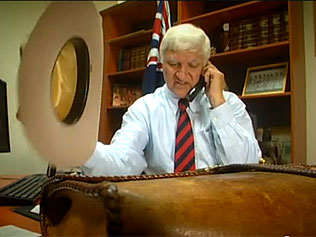 Katter urged the Member for Leichardt and chairman of the Joint Select Committee On Northern Australia, Warren Entsch to ensure it is passed through both Houses at the next sitting starting April 18.

“The CSIRO might have found several dam sites on eastern Cape York, but the State Labor Government and their bed-mates the WWF, Wilderness Society and CAFNEC are hell bent on shutting the Peninsula down to prevent any agriculture or other development, thus denying indigenous communities jobs and a future,” Mr Katter pointed out.

“Successive state governments have plastered the entire Cape York Peninsula with environmental overlays covering about 70 per cent of its land mass, stopping any economic development for pastoralists and indigenous communities, so we must get some development on what is left.”

Dr Stone told ABC Radio that 16 million hectares of arable soils had been identified as suitable for irrigation and 90 dams sites had been found to provide up to 15,000 gigalitres of stored water.

The north was inundated with an average 2 million gigalitres of rainfall each year, of which 90 per cent evaporates, 10 per cent goes into streams and about 2 per cent enters the groundwater storage, he said.

“The research by CSIRO proves these projects can be taken seriously and I have been pushing for 20 years that northern development has to occur, because for too long southern cities have lived off our coat tails of copper, coal and cattle and its time we put this country back on track,” Mr Katter said. 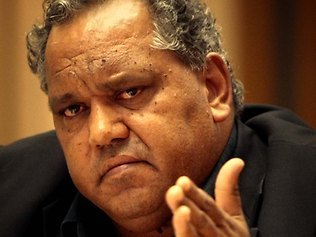 Aboriginal leader Noel Pearson(above) has been scathing of the State Government over land use on the Peninsula. At a recent Mareeba meeting he stressed the need for more secure land tenure on the Peninsula and likened proposed draconian vegetation management laws to a “re-run of Wild Rivers,” an impost he said he had fought to get rid of for five years.